10 Signs He Sees You As His Queen

If your man truly sees you as his one and only, these 10 signs are the way to know it. 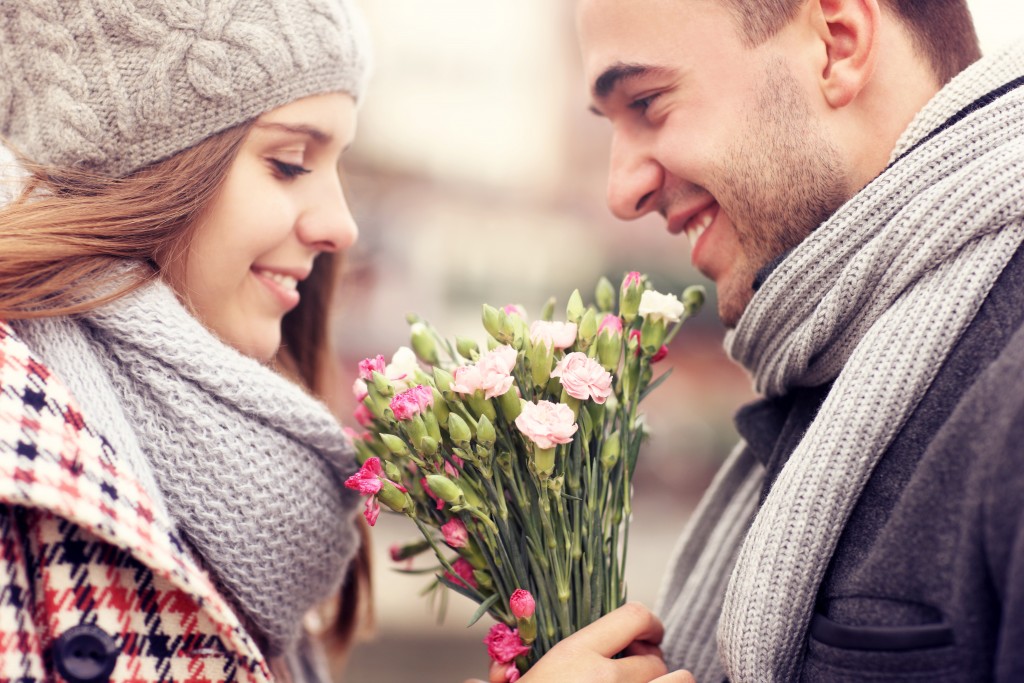 He loves me not.

He loves me not.

Hey, throw out the flower petals! Forget that weird advice from your sister and that old saying that says “Whoever truly loves you will blah blah blah.” That’s old school and nonsense, and you need some cold, hard facts when you want to know if you’re really his queen. You want evidence that you’re The One.

So! If your man truly sees you as his one any only, these 10 signs are the way to know it.

Ever seen a guy’s hands shake just a little on a first date? He’s nervous! That means he likes you. But even when you’ve been dating for a while, a kernel of that nervousness will still be there if he truly adores you.

Of course, we’re not talking full-blown panic attack here (and not all guys shake nor will they continue to do so after time goes by). But being excited and giddy around the one you love is positive. If you sometimes sense that little tinge of nerves on his part, that’s a good sign!

Little things. He logs them away in a little file in his head labeled You. And it’s adorable. Also, he’s not afraid to bust it out. Sometimes, you realize he may know more about you than you know about yourself!

The empathizing is key here because when you’re not feeling great this just doesn’t cut it: “Oh cheer up, everything will be fine.” Your man can tell when you’re sad, frustrated or angry, and sometimes he even knows before you know.

If you need space, he’ll give it to you. Otherwise, he’ll drop everything to help. Then, he’ll actually listen when you tell him about it instead of nodding his head and telling you to suck it up. To him, your partners, and when you’re down, he’s down.

From the tiniest cough to the full-blown flu, he’s there for you—snot, dirty hair and all. Again, he’s not just going to say “Hang in there.” Instead, he’ll take great care of you, getting an arsenal of supplies at the pharmacy, making calls for you, and also anticipating what he knows you’ll need.

Opening doors for a woman never gets old, nor does pulling out chairs, lifting the heavy stuff, or being the big spoon when you’re cuddling. The man who adores you knows this, and he’s on it!

You’ll see a lot of guys doing this on first dates or even for the first weeks or months of official dating. But it’s those golden boys who keep it up for the long haul who mean business. They’re in it to win it, and plus, they enjoy showering you with this sort of attention because it makes them feel like they’re taking care of you. And they are.

Sometimes, you can almost see him taking notes in his head about what makes you go crazy in bed. That way, he always knows those tried and true moves you love, but he can also try new moves and tricks to spice it up and keep you happy.

He’s not going to completely neglect what he wants in bed, but look for him to put you first and make you most important. After all, whatever drives you crazy will drive him crazy too.

Because he’s told them of course. Everything. Where you grew up, what your sister’s husband does for a living, the ancestral origins of your heritage, how you like your coffee …

And when you arrive to meet them, you shouldn’t be surprised if you hear your whole life story told back to you, including all your likes and dislikes. He’ll also be acting very on guard about them (“Mom, don’t tell that story!”) because he won’t want to be embarrassed (how cute!).

When you’re happy, he’s happy. If you’re truly his queen, he’ll want to see you succeed just as much as you want to see you succeed. The opposite of this is a man who downplays your accomplishments are find cracks and faults in something you’re proud of. A guy who adores you will only want to celebrate and congratulate you.

Keeping in touch is a big one, and this also has to do with honesty and communication, which are hallmarks of a great relationship.

A man who absolutely adores his woman makes her a priority always, so he answers her calls and texts. Period. No going missing for large chunks of time or sketchy whereabouts. He’s honest and forthright and available.

Within reason of course—he’ll be busy sometimes. But even if he can’t get to you right away, he’ll always call back or text when he can to stay in touch. This shows respect, connection and devotion.

Hair a mess, no makeup, big zit on your chin.

Accidentally ran a red light on the way home and got a ticket.

Gained a few unwanted pounds after the holidays.

Got a bad progress report at work.

Crap happens. And it can make you feel pretty darn bad about yourself. But he doesn’t budge. How he feels about you remains the same always because he’s not one of those awful fair-weather boyfriends (only really loving you when you’re looking like a ten and doing everything perfectly—who even is that!?).

Furthermore, he probably prefers you when you’re real. When you’re you in your PJ pants and have messy hair and you’re telling him all about it. Because in the end, he loves the real you. And that’s what sets him apart from all the other guys.

Most of us spend our whole lives searching for The One. If your guy is showing these 10 signs of love and adoration, you can rest assured that his search is over. And you are truly his queen.