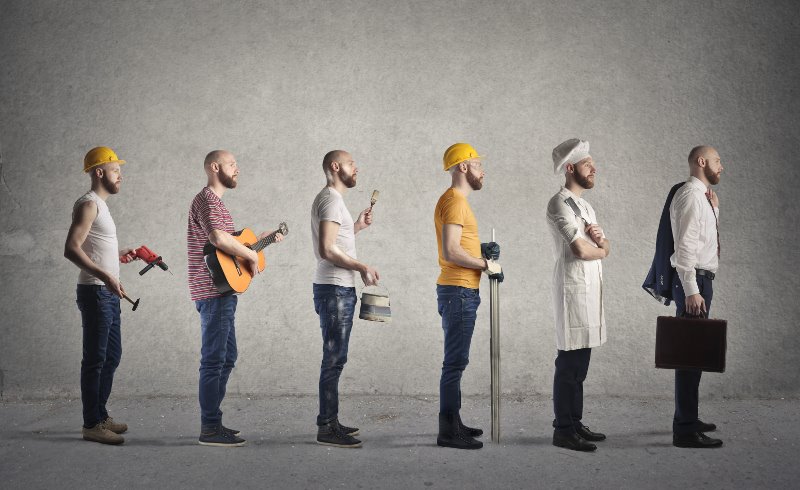 Relationships come and go, and you will have many throughout your lifetime.

And all these men … the ones you’ve thought “Well…maybe they’re the one?!” … They’re great. Definitely.

But also … consider this: Most of them—if you sat down and thought about it—could fit pretty easily into some sort of ‘category’ right?

“He’s a sugar daddy. Buys me whatever I want, it’s great!”

Then one day … BAM

You meet (or will meet) this new person. And they don’t fit any of these categories because, well … they’re just … amazing.

And that’s The One.

Trust us, you’ll know it when you see it.

What we’re saying here is: If you haven’t had that BAM feeling yet …

Start checking ‘em off, ladies. You’re simply in the middle of meeting these 10 lovely fellas …

You can talk about anything together. He makes you laugh. You love his family. He helps you pick out clothes, and you call him when you’re down.

But something’s missing. Is it the sexual attraction? The wooing? Or that elusive “spark” they’re always talking about. Regardless, you’re just friends, and no matter how much you try, that’s all you ever should be together.

This guy may not even be truly older than you, but it’s just the way he acts. The way he talks and his line of work. The way he looks at you when you say something silly like you’re acting like a child. Sure, he buys you things and takes care of you, but he feels more like a boss than a partner.

You were immediately attracted to this guy because everyone else is also attracted to him. He knows everyone, but that’s just the problem. No matter where you go or what you do, he’s always talking about something or someone else. Tweeting, texting, running hither and thither … it’s just too much.

Oooh la laaa. This man’s a dream boat. He says things with an accent like, “You are so beautiful, as a star fish, with the sun gleaming upon.” (?)

We have no idea what he’s saying half the time, but it sounds great. Until … you realize he’s: A) Got to fly home in 2 months before his visa expires, B) Been dating 4 other women besides you, or C) Is basically just too hard to understand.

No more sissy stuff. The Bad Boy knows what he wants (You), and it’s so hot. He just has to look at you and you melt. His muscles are hard and big, and he has amazing tattoos. Long hair in a ponytail, anyone?

This guy perplexes you for a while because he seems to have this mysterious sensitive side that breaks your heart. Dark and mysterious plus sensitive!? Yes please!

Come to find out, however, he’s not that mysterious … and kind of weird.

Now you’re onto the true sensitive type. This man will definitely give you want you want. He wears clothes from the thrift store because material goods mean nothing to him. And when you talk to him, you feel like you’re actually connecting with the world. You talk about movements and peoples and Life.

But after all that talking, you two get hungry. And he asks you if you could spot him a $20 for dinner. And you leave. As you should.

You date this guy after the dreamer because you say “Never again!” to dating someone with no money and little common sense.

Because Mr. Money only wants you as arm candy. You go to nice restaurants and don’t sweat getting a taxi (even when it’s not raining!). But nothing changes the fact that he’s living on some other plane where business meetings always come first and winning in general is placed above kindness and goodness.

You see this guy when you catch up at the bar in your home town or when you slowly realize you might have a crush on a friend of a friend you’ve hung out with a few times. The common denominator in these situations is that you’re feeling sort of desperate about your love life.

And it shows. These guys aren’t bad people. They’re just not for you. No spark, no deep interest. Just … a nice person you date for a while.

You dated this guy when you were younger. Broke up got together, broke up. Years go by.

You see him again. Get together, break up.

Just leave it. He’s not the one.

This one is sad because you really did feel that spark. It was there, it was real, you remember it.

But stop beating yourself up and stop dwelling on it.

Two types of environments have to happen for “the one” to really be THE ONE. First, you have to have that unmistakable chemistry. That’s obvious. But two, you also have to both be able to make it work within your respective lives, like, logistically.

And sometimes, that just doesn’t happen and then you know: It wasn’t true love after all.

Don’t sweat it. Why?

Because there’s always the real …

Anyone who hasn’t met “The One” yet will continually wonder which of those 10 types of guys up there was The One.

But … anyone who has already met their “The One” and is happily ever after-ing it at this very moment knows exactly what those feelings are like … They just can’t describe them no matter how hard they try because again, you just know it when you see it.

In that regard … it’s safe to say, that if you are one of those women wondering which of the men they have already dated was The One … just STOP!

You haven’t met them yet.

But DO keep looking. He’s out there somewhere. And he’s looking for you too