15 Signs You’re Wasting Your Time On a Loser 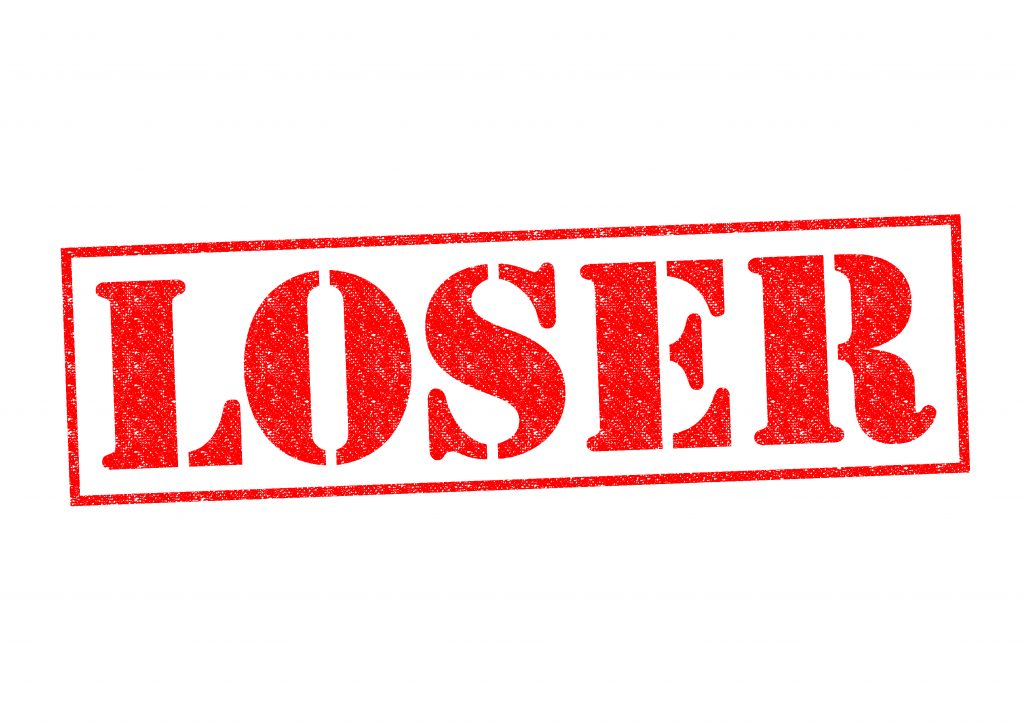 Did you know that you can actually figure out about how many minutes you’ll be alive for in your lifetime? You can also see how many of those minutes you’ve already used up.

Don’t do this. Again: Do not do this.

We just wanted to let you know this because if you’re in a relationship with a capital-L, Loser, you are ticking away those minutes, and you will never get them back.

Know the signs of loser-itis by checking for the following signs and symptoms in your man or woman.

Once you hit a certain age (13), hygiene is pretty important. Regular showers, wearing deodorant … cleaning the bathroom regularly, doing laundry … all that stuff. If these are foreign concepts to them, run.

So if you needed to borrow money for an emergency, they “could definitely help you out!”

They just have to call their mom first.

And speaking of money …

When you start making a bet with yourself in your head before the check comes at dinner that they won’t go for it because they don’t have money … it’s bad.

Everyone has their vices. If they smoke or drink a bit, okay sure. But if they’re smoking, drinking or using weed constantly (especially when they have no money for other things), come on.

And other stuff like hard drugs? Hard no. Swiping prescription meds from you or a friend’s medicine cabinet? Bad stuff.

It’s a bad sign when you choose to sit with your partner on the same side of the table because you can’t bear to watch them eat.

One time because they just got word that their aunt was in a car accident? Of course. Understandable.

Three times all because “there was this really good movie on”? Nu uh.

So they don’t have the latest designer fashions cleaned and pressed once a week at the dry cleaners. Hey, so what!?

Ok, but at least do your laundry. Come on.

Being into Star Wars or Disney movies is one thing. Dressing up like their favorite characters from time to time for Halloween or an event is another. And having bed sheets with the characters on them is … quite another.

When there are a lot of these … you’ve got to wonder who’s actually messed up, crazy, and obsessed.

When you start writing down all of the excuses they’ve thrown at you for missing a date, changing their mind about going out with your friends or whatever else they flake on you for … you realize you have a book … all of their excuses.

And you realize they’re a dud.

We all loved Chandler on Friends, but come on.

Because of this, they get really upset and whine and cry.

So do lame adults occasionally.

It’s ok in babies … not in adults.

This is the real bread and butter of a loser boyfriend or girlfriend. Someone with no money and less than great hygiene could very well be someone who is simply so caught up in their dreams and working hard that they’ve lost sight of those parts of life. That happens, it’s basically understandable and redeemable because these people have ambition.

But when they have no dreams, no goals, no ambition, that’s a problem that’s truly hard to fix. Anyway, it’s not your job.

You Have Loser-itis: What Now?

Listen, don’t cry. If you’ve succumbed to the weird trance that some losers are able to put over people, you’re not alone. Lots of people have dated losers.

In fact, maybe it’s a rite of passage. Maybe everyone has to date a loser or two at some point or another just to figure out what a loser looks like, what they smell like, what a loser typically appears like while out in the wild. That way, you can avoid them in the future and look for whatever is … well, the opposite of all that.

But at this point, your goal should be to detach from the loser. It will be difficult. They will resist, and you will be wondering if you’re making a huge mistake.

But if you basically nodded your head consistently along with most of the pointed listed above, don’t hesitate. You’ve got a loser on your hands, and you’ve gotta get out of that relationship. It’s a waste of your precious time.

Hopefully, they’ll regenerate as a new and better person after realizing they’ve lost someone as special as you.