4 Attraction And Love-killing Things That Are 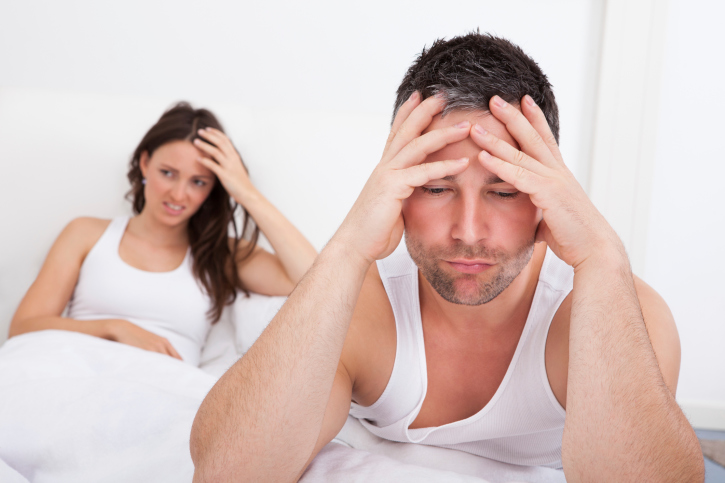 Have you ever met a man that you really like, but he’s just not interested in you, right from the outset?

Or have you ever been with a man, only for him to suddenly lose interest in you, and you have no idea why or what to do?

Unfortunately, we all (myself included) have at some point gone through the painful experience of going out with a guy we really like, then never hearing from him again.

But do we ever know WHY that nice, good-looking guy never called again? Usually…NO! We have no idea. Because they simply shut themselves off from us like we never existed.

And the worst part is… Often they don’t just go on to date some hot young supermodel cliché like you see happening on TV… No… Looks have little to do with it. Instead, they end up with someone who is not as good looking as you, not as nice as you… and they fall in LOVE with this person… What is up with that??

It’s like she has him under his spell… What are THESE women doing? Why are men captivated by some women and not others?

Well, the truth is, while men are initially drawn by looks… They fall in LOVE with a woman for her personality…

And most of that is conveyed through conversation!  Here’s a fact that too few women know: Men are not seduced by your looks.  That may turn him on but if you actually want to seduce him, you absolutely have to turn on his mind.  What you say and the way you say it will ultimately be the deciding factor in whether he chooses to pursue a relationship with you and for how long he will decide to stay.

Essentially, just as with women, men are turned on and off not only by how you think, but also by how you verbally express those thoughts.

So if you’ve ever wondered what kind of talk makes men run for the hills, be careful not to make these 4 attraction and love-killing mistakes that men NEVER want to hear coming out of your mouth…

“That waitress looks like such a whore” “OMG, you wouldn’t believe what I overheard at work today…”

Trust me ladies, men REALLY don’t want to hear you bitching or gossiping about other women. In fact, when a guy hears you bitching, you can come out looking just as negative and bitchy to him as the ‘bitch’ herself… And it’s a major turn-off.

This is especially true when you are in the dating stage. Your man is just getting to know you and you don’t want his first impression to be that you’re a negative person who only has other people to talk about. Guys love fun, nice women who feel good to be around. So be sure to keep the convo on fun, interesting topics that will be enjoyable for both of you.

As women, we all have insecurities, and I’m sure you’d agree that more often than not these are centered on our appearance and whether a guy really likes us.

The simple truth is, a guy wouldn’t be dating you if he didn’t like you for who you are and the way you look. But when he hears statements like the ones above, you automatically become less attractive in his eyes.

Guys are attracted to self-confidence, not insecurity and neediness. So focus on your assets rather than your flaws, and ALWAYS talk about yourself in a desirable way (In fact, you can use these Magical Desire Phrases to unlock his desire for you)

Mistake #3: Bringing Up The Exes

OK, I know how tempting it is to want to know every last detail about a guy’s ex and his previous relationship (we’re all guilty of it), but asking a man you’re dating about his ex is a big cringe-worthy mistake that will be a massive turn-off.

You know what I’m talking about here… asking questions like “Do you still think about her?”, “Are you still in touch?” , “Why did you break up?”

Steering the convo into deadly ex territory will only make you seem jealous and insecure… And will actually make his ex into more of a threat than she really is.

And the same goes for any of your exes… NEVER compare the guy you are dating to your ex by making comments like “My ex was just like that”. Your date doesn’t want to feel like you’re still thinking about your ex or that he is having to compete with him. In fact, even telling your date that he is so much better than your ex is unattractive!

Believe in the fact that your man is with you right now because he WANTS to be with you, and leave everything else in the past.

Do you want to know one of the biggest mistakes women make in conversation? Making desire-killing comments which make their date feel like less of a man.

Although we may think we’re just teasing… comments like “You’re so cute”, “Man up”, or “Don’t worry, I’m getting another guy to do it” are a serious threat to a guy’s ego.

Believe me, men absolutely resent these comments… and they will be an instant turn-off for any guy. The thing is, men have a deep need to feel that they are strong, masculine, capable and in control of things, and if you want your man to absolutely fall in love with you, you have to make him feel like this through saying the right things to him.

But if you’re a woman who struggles with flirting and knowing the right things to say to the men you desire, it is absolutely ESSENTIAL that you start using these simple but devastatingly powerful Magical Desire Phrases I have created… The secret trigger phrases that flip men’s passion switch from off to on, making him become filled with an irresistible craving of love and desire for you… Almost effortlessly, quite frankly.

In fact, I’ve just finished recording this video introducing you to the Magical Desire Phrases (But be quick, because I won’t be able to keep it on for long!)

All the best in life and love,
Mirabelle Summers.