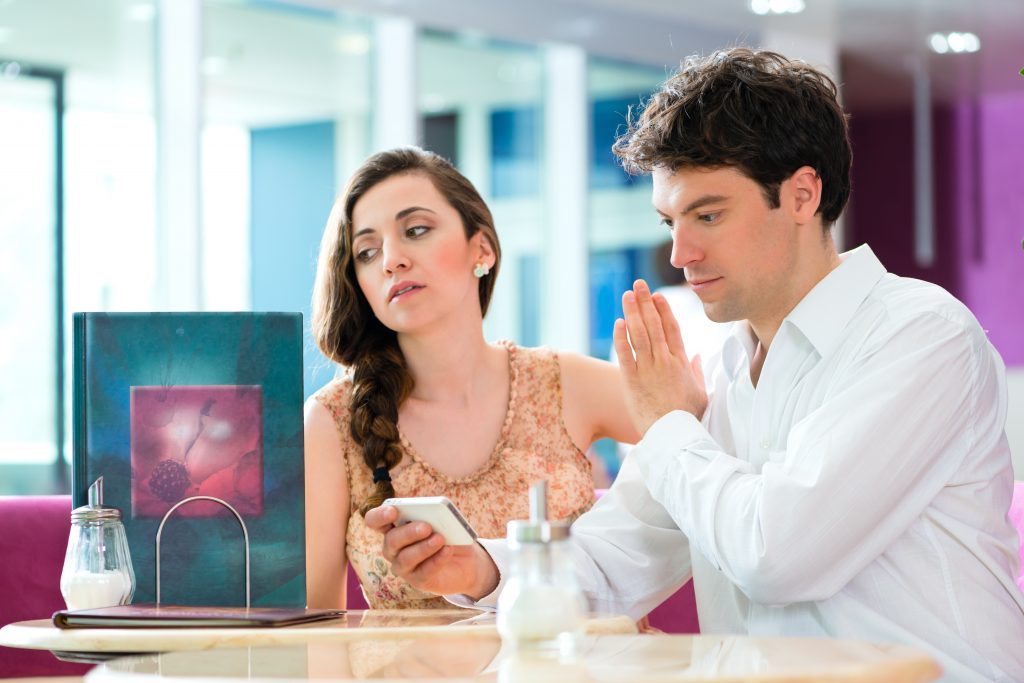 When most people think of relationship abuse, they think of physical abuse. Generally, it’s an image of a man hitting a woman when he gets jealous or just angry that appears in our minds. Of course, naturally, we know that abuse can go either way and that women can abuse men just as some men abuse women.

Similarly, we know that abuse in a romantic relationship doesn’t just have to be centered around physical actions.

But just what types of relationship abuse are out there?

The fact of the matter is that there are a lot of types of abuse that you’ve probably never heard of, and we explore them below.

This form of abuse holds one person back from making or spending money. The abuser may try to keep you from working by sabotaging your job, telling you to stay home from work, calling or visiting you constantly at work and getting you in trouble or taking the money that you earn in one way or another. They may spend your money or not give you access to financial information.

Other forms of economic abuse include the abuser refusing to work. In this way, they may force you to work and earn for the both of you, or they may try to sabotage your work as well because they aren’t working.

Abusers may use technology against their partners in various ways, especially in this day and age.

For example, an abuser may constantly flood you with calls, instant messages, emails and texts. They may monitor everything you do online, especially on social media sites and on your phone. They may force you to give them your passwords, or they may even monitor your movements with GPS tracking devices.

This is a form of abuse that happens when one partner is in school or working on something.

The other partner may try to prevent you from studying or furthering your education, or they may make fun of you, tell you you’re not smart of bother you when you’re trying to learn or study.

Verbal abuse is any type of abuse that is vocal instead of physical, so this type of abuse may coincide with others (such as intellectual or emotional abuse). Often, verbal abuse is mixed with physical abuse, but keep in mind that it might not be. And even if your partner never lays a hand on you, that doesn’t mean that you “have nothing to be upset about.”

If your partner yells at you, accuses and blames you for things, criticizes your ever move, humiliates or insults you, or calls you names, you are not being treated right, and you should get out of that relationship.

Again, intellectual abuse can be considered verbal abuse. This is a form of abuse wherein one partner degrades the other person—often in front of friends, family or the public—by acting like they are not intelligent or are inept in some intellectual way.

The abuser may criticize small things about the way you speak or the fact that you didn’t know something—anything. They may nitpick your speech and thought processes and press you to divulge information that you don’t know in an attempt to further humiliate you.

In a romantic relationship, sex is bound to happen, and it should! But this fact often blurs the lines for some men and women when it comes to relationships and sexual abuse.

Long ago, sadly, men were allowed to rape their wives, and it wasn’t considered a crime because the two were married. In some parts of the world, this is still true.

But in a loving relationship, any sex or sexual relations that are had must be consensual. You do not have to have do anything you don’t want to do sexually, and if someone makes you or coerces you into it, it’s wrong—even if that person is your partner.

Every relationship is different, and so there’s no one answer for what to do when you feel there may be abuse in your relationship. Naturally, the first thing you should do if you know there is abuse get out as soon as possible.

With that being said, it’s often extremely difficult to tell that you’re in an abusive relationship when, well, you’re in one.

You may flow in the direction of not being able to admit that there’s a problem at all. But likewise, there’s a sliding scale when it comes to some of these signs, and it’s important not to take the signs out of context and rush to conclusions that your partner is “abusive” either. This is especially true when we talk about less common forms of abuse as above.

Physical abuse in any form is wrong.

But “Use of Technology Abuse”? That’s harder to discern. In this type of abuse, for example, the abusing partner closely monitors the other’s doings online. One of the so-called “signs” is that this person may constantly send text messages to their partner.

Now, just because someone sends a lot of texts, this does not mean that they are therefore abusive. Even if that person uses your Facebook or checks your location on a GPS device, this doesn’t necessarily mean that abuse is an issue.

With that being said, it’s really your call. You need to tap into your emotions and thoughts and see how you feel or how you would feel if your partner checked your status on GPS, for example. Was it done out of love and worry because you said you were going to be home at 7pm and it was 11pm and you still hadn’t contacted them?

Or did your partner hack into your phone when you were simply on your way to meet a friend and violate your privacy?

The purpose of this article is just to do one thing: Educate. It’s not for raising undue alarm or freaking you out. Just know about these different forms of abuse so that you can be aware that as a member of a romantic relationship, you have rights, and you should never feel small, insignificant, scared or in danger when it comes to your part.

A relationship is a partnership, not something where one person dominates the other in any form. Remember that, and go on to have healthy relationships with someone who you truly love and respect and who truly loves and respects you back.