7 Awesome Things People Do When They’re In Love 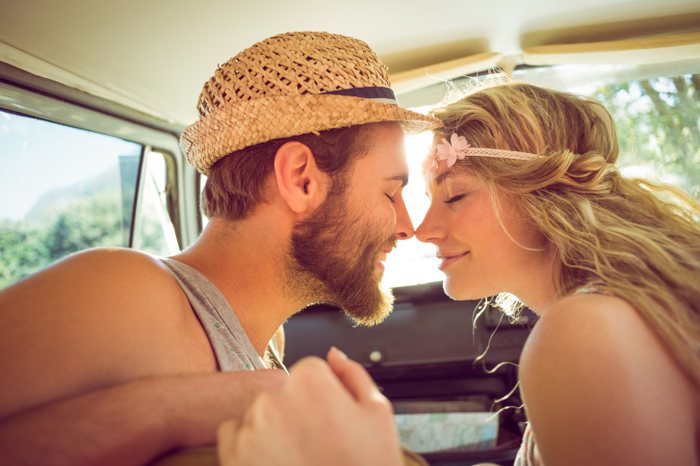 Being totally in love can make you crazy. We’ve all been there, and we’ve all known someone who has been there when you’re not.

You’ve got a friend who’s always around. You meet for lunch, you see a movie. And then BAM. All of the sudden … they vanish.

Another close friend the victim of new love.

This isn’t bad. It’s actually cute and sweet, but it’s certainly a major change of tune. When you do see this friend, they’re all [GUY’S NAME] this and [GUY’S NAME] that. Again, not bad. Just … noticeable.

And maybe … you’re not exactly hanging out as much … at least until the initial craziness of their head over heels love fades at least a bit.

Actually, people who are in love can do amazing things. And there are a lot of improvements that come with someone being in love. Whether you yourself are falling hard and fast for someone, or you know a friend or family member who has become engulfed in the flames of budding romance, you can at least look forward to the following pretty awesome, pretty precious things when being in love.

7 Things People in Love Do

(That Are Actually Awesome)

When you do meet up with a friend or family member who has recently fallen for somebody else, you’ll notice that they’re a whole lot nicer in general—that is, if things are going well … because if things aren’t going well—if there’s hesitation in the other person or anything less than perfect going on—get ready for them to be talking about it nonstop.

But in general, love = a great outlook on life!

You naturally want to show off to your partner—put your best foot forward, if you will. And in doing so, you’ll also automatically take better care of your appearance. Women will flock to makeup counters and go shopping. Men will hit the gym and start trimming their beards.

We all fall into avoiding thinking about our futures sometimes—especially when we’re not currently in a long term relationship. “Who knows what will happen,” we say to ourselves.

But as soon as love is on the line, buying houses, having babies, and securing retirement plans becomes a lot more important.

Your friend falls in love with someone who loves the theater, and suddenly whadyaknow? They love the theatre too.

This can be, as a former and longtime friend, annoying. But really, it’s not so bad—especially for people who didn’t have a lot of hobbies or interests in the first place.

Often, someone who’s not in love can barely make it to the kitchen after work to get dinner going. But someone who’s in the first few days of a new romance? They’re up at the crack of dawn applying careful layers of makeup and staying after work just in case they might see their crush for a few minutes.

Then, they’re working furiously when they get home to clean their house for a date and staying out past midnight just to see their honey a bit longer.

A breakup? That could potentially ruin your trust forever. But when love is fresh and new and full of tasty hormones, you’ll trust anything the other person says. And this is a good thing if you think about it because it’s only way that things can progress.

In the film As Good as It Gets, Jack Nicholson’s character falls in love with Helen Hunt’s character and tells her “you make me want to be a better man.” In essence, this is what all of these positives are truly about. It’s the greatest motivating factor of all time.

Of course, love can make some people turn to the dark side: Stealing, cheating, lying, or more in the name of romance. But by and large, it’s pretty easy to say that most people only get better when they are in love because again, they want to be better … for the other person.

They do better at their jobs and in school, they lose weight, they invent things, they run marathons, they join causes, and they do all sorts of other intense stuff because they feel good, and they’re motivated. And in that way … it’s honestly pretty great.

So if you’re not already, put in some effort and get out there to find somebody to love. It’s one of the best feelings in the world.

And it makes you do awesome stuff.