A Simple Technique to Make Him Pant with Desire

Make Him Pant with Desire 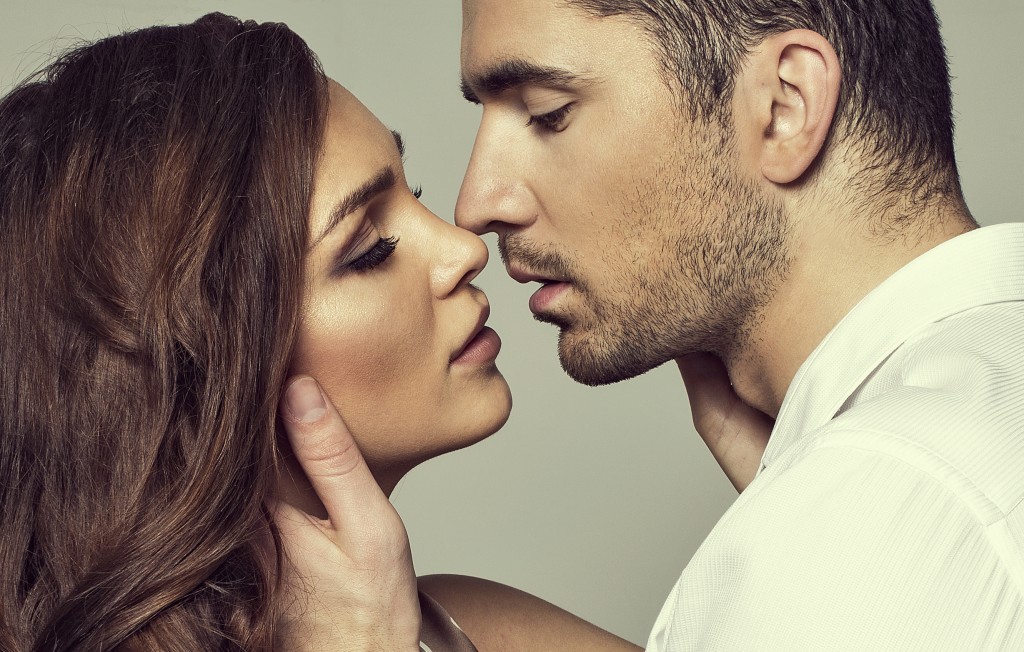 It’s easy to take intercourse for granted once you’ve already had sex with your partner. And the longer you’ve been together, the more that’s likely to happen. The tension of “is tonight going to be the night?” is gone.

You may fall into a predictable pattern of anticipating sex after a date, on a Friday, or just because you happen to be in bed together and have easy access.

This technique brings back that delicious form of excitement you had in the beginning. Actually, it’s a lot like bringing back the exquisite torment of the teen years when you had rules to follow.

What I’m talking about is using the seductive power of kissing in place of sex.

Just kissing? Why is that going to turn him on?

Your lips are highly erogenous. Densely packed with nerve endings, the lips are incredibly responsive to all stimuli. In fact, it’s reported that stimulation of the mouth-lips causes more of a stir in your brain than genital stimulation.

When you kiss, all of those easily aroused nerve endings set off a chemical reaction of pleasure hormones and physical responses. Adrenaline, dopamine, and oxytocin levels go through the roof. Your face will flush. Your breathing and pulse quickens. And blood flow increases below the waistline.

Taking Sex Out of the Equation

You could certainly start off with some intentional kissing time and keep things moving right along toward intercourse. And I hope you do regularly make time for passionate lip-locking as part of foreplay!

However, part of why this technique is so effective in amping up the desire factor is because you don’t progress further.

I once had a four-hour  intensely passionate makeout session with a man I had just started dating. We’d decided that we weren’t going to have sex unless we were exclusive. But we had scorching chemistry.

So one night we ended up making out. For hours. Until our faces were sore and my hair was a tangled ratted mess.

When we finally said good night, we were both brimming with pent up desire and longing.

It ranks as one of the sexiest nights I ever enjoyed. Even higher than nights that included the full-meal deal. And a big part of what made it soooooo hot was that we agreed we weren’t going to have sex.

So I encourage you to at least try it out keeping it just to first(-ish) base.

It’s also a great go-to when intercourse truly is out of the question due to health or medical concerns.

Four Types of Kisses to Incorporate

Part of the fun with a make-out session is to explore new ways of kissing. Most couples develop a predictable pattern to their kisses so changing it up introduces a new level of interest. And as I explain in detail in The Language of Desire, unexpectedly making changes when it comes to physical intimacy can actually serve to make our partners addicted to us.

Now I know you obviously KNOW how to kiss. But it pays to go over a little refresher course now and then to make sure you break free of monotony. Throw a few of these into your regular smooching rotation.

Before you even lock lips, set the stage by staring at his lips as you lick (or even bite) your own. Then as he moves in closer, softly brush your mouth against his. But then move your attention to his cheek. Then his neck. Give him a little trail of kisses and even light biting.

This forces him to think about wanting to kiss you and builds anticipation.

Use your hands to enhance and direct the action. Grab him by the belt loops and pull his pelvis in tight to yours. Cradle his face as you kiss. Push him up against the wall as you lay one on him.

Use your tongue in unexpected ways. Lightly run it along his top lip and then his bottom lip (not on his teeth though, that’s kind of weird). It’s a delightful sensation.

Gently suck on part of his lip and then push it against and through your teeth. Start out softly and gauge his response. Then increase the suction and take it to stronger biting. Alternate between suction and using teeth with softer kisses.

A note on tongues: I’ve found the best kissing happens when you alternate between lip kisses and full tongue kisses. And tongues are kept firm but flexible when engaged. A rigid poking tongue doesn’t feel good. Neither does a flaccid lazy one. Think of your tongues as mingling and conversing.

I threw this fourth one in here because by its very nature, sex will be out of the question.

Basically, you go for a hot-and-heavy kiss in a totally unexpected non-sexy moment.

Right as he is racing out the door, late for an important meeting, grab him and forcefully pull him in for a deep kiss with your body pressed up against his. Then push him away leaving him stunned and disoriented.

Or right as you pull up to your Aunt Elma’s house for a family dinner, kiss him like you mean it for a minute and then get out of the car.

Look for my second installment on seduction here very soon. In the meantime, you can master a slew of seduction techniques by getting your hot little hands on my best-selling program The Language of Desire.

Warning: Men have been known to become helplessly addicted to the women who learn these techniques!