Are You Dating a Narcissist? Here’s How To Tell

Are You Dating a Narcissist? 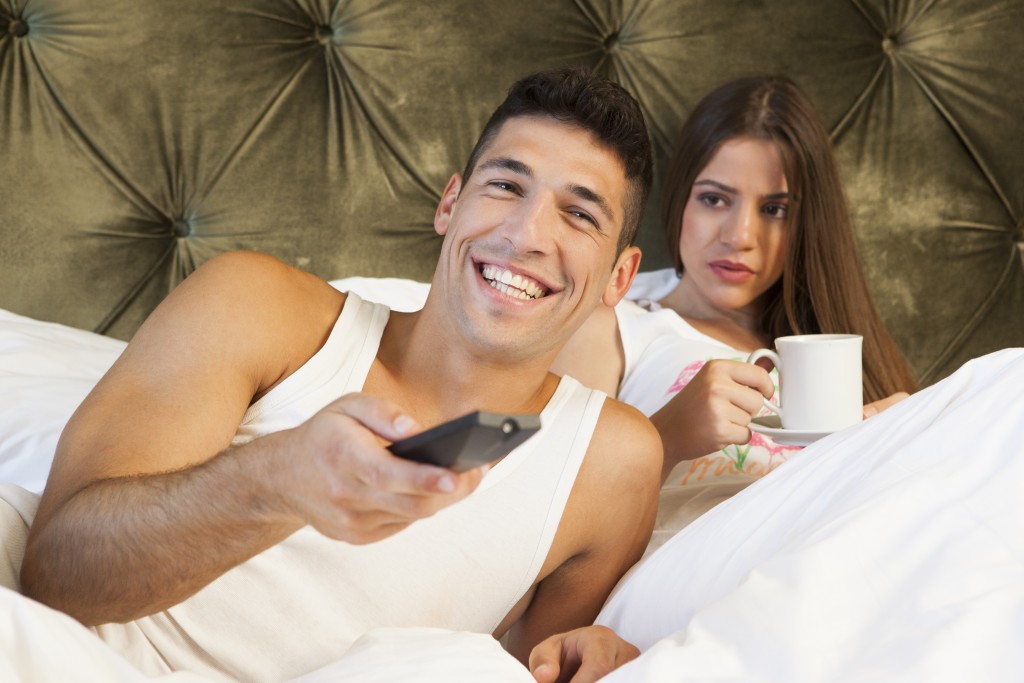 One of the first rules you learn about dating is to ask questions about the other person. After all, you don’t want to be that annoying person who only talks about themselves, right?

Some people, however, love talking about themselves. They do it all the time and revel in themselves as a topic. This is narcissism at its most basic level: Overabundant interest in oneself and one’s own appearance, actions, and accomplishments.

Now, this doesn’t mean that it’s always so obvious to spot a narcissist. Just because someone talks about themselves often doesn’t necessarily mean they completely fit the bill for narcissism (after all, everyone can get a little carried away with themselves at one time or another).

In that vein, if you suspect you might be dating a narcissist but aren’t exactly sure, it’ll do you good to look at some of the other telltale signs of narcissism. Here they are:

“Sure there are rules and laws, but they don’t apply to me!”

Narcissists think that they are above any sort of boundary, and they love to tell you about it. In fact, they’ll even recount stories to you in which they broke rules or laws because they think they only got away with it for being exceptional and special.

You may be in a relationship with a narcissist. You may live together. You may be engaged. But that doesn’t mean they’ve 100 percent committed like you have. This is a common complaint of people who date narcissists. When you get down to it, they don’t want to take the plunge.

Their friend group is usually large and full of people who don’t have their own lives. Instead, these friends tend to follow in the wake of their narcissistic friend and fuel his self-absorption.

Oh, you just got back from a 3-month round-the-world trip? Well, you’ll probably be able to talk about it for 3 minutes before they start telling you about their trip to a nearby town 3 summers ago.

They think they deserve to start going through your fridge when you’ve only just met, borrow your laptop without permission, and call you incessantly when they know you’re busy.

“How dare that cop stop me for speeding?”

“I can’t believe my boss yelled at me for not following the dress code.”

“Oh, so I can’t return a blender just because I used it ONCE!?”

Telling them they are not the exception to the rule is pretty much useless.

You’re always there for them when they’ve got some complaining to do about work or friends, but when you’ve got a problem, they shrug their shoulders and tell you to “just deal with it.”

You can spot a narcissist a mile away when they blatantly complain or rant about someone else’s flaws like it’s an enjoyable pastime. The real kicker? When they complain about flaws in others that they so obviously have in themselves.

This is actually a term used in domestic violence situations. “Gaslighting” is when your partner pulls and picks apart everything you say, making you look unreliable and even a little bit crazy. An example might be them saying that you “often get your facts mixed up” or “aren’t understanding the situation properly” when you’re telling a story about something that happened to you.

They expect you and every other person they’ve ever met in their life to be at their beck and call. But when you or another friend or relative needs help? … They’ve miraculously vanished.

If you’ve read over these common signs of narcissism and ticked off all or most of them … yes, you could be in a relationship with a narcissist.

For some, this will not come as a shock, but for others, the revelation may be like putting together a puzzle you’ve been working on since the relationship started:

That’s why I never feel like we connect in conversation.

That’s why I always feel taken advantage of.

That’s why I never feel like they’re committed in this relationship.

But if you’ve found yourself deciding that your partner is a narcissist, don’t jump to the conclusion that a breakup is imminent. After all, narcissism is a spectrum in some ways. We all have to have a little “healthy narcissism” in us, and it’s called self confidence. You need it for job interviews, dating, posting selfies, and creating any type of art. You need it everyday.

The person you’re dating maybe just has a lot more … to a level that’s rather unhealthy and can be referred to as narcissism.

But again, there may be room to work with this. Underneath the luminous confidence that most narcissists have is an extremely vulnerable core, and if you can help your narcissist tap into that vulnerable side, you may be able to share a more meaningful relationship that is fulfilling to you both. Try these tips to get there.

And finally, remember that you should never stay in a relationship that makes you miserable. If you find yourself with a partner who lacks commitment, is only concerned with themselves, and doesn’t show you appreciation and care, it may be time to move on.

This is where you having a little bit of healthy narcissism will come in handy. The best relationships are made from two individuals who are happy and healthy on their own and even happier and healthier together.