Are You Two Compatible? 3 Vital Questions You Should Ask Yourself

Are You Two Compatible?

3 Vital Questions You Should Ask Yourself 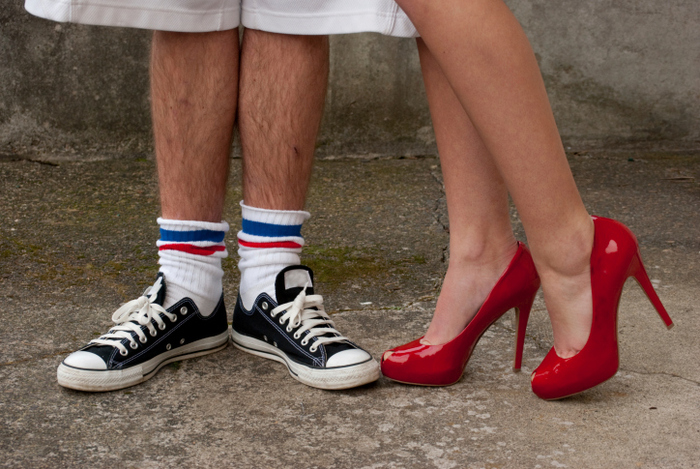 How do you know if you should even BE in a relationship with somebody in the first place?

You can’t really trust your heart because (as we know) that crazy addicted feeling of love you get when you first meet someone, smell someone and fall deeply into their eyes is largely a biological trick with your body telling you “Hey, this guy has genes that go well with yours. Make a baby!”

And you can’t REALLY trust your brain because, well, that wouldn’t be very romantic, would it?

So instead when it comes to wondering if you’re “Compatible” with your mate,  you should ask yourself 3 simple questions and see what your gut has to tell you:

Question 1: Do you have comfortable silences with them?

I first discovered comfortable silences with my best friend in High School.

She (it was a she, but there was never anything even vaguely romantic between us) and I would hang out for hours and would have big chunks of that time NOT paying attention to each other, reading books, watching movies, etc.

And the wonderful thing is, it wasn’t awkward at all.

You’re having a COMFORTABLE silence with someone when you can hang out in the same place, not say a damned word and not feel any NEED to “impress them” or “engage them” at all.

A good relationship is a marathon, not a sprint. And a marathon means pacing yourself. If you feel like you have to be “on” all the time (or if you demand that your partner use every moment they have with you INTENSELY paying attention to you) it just ain’t gonna work.

Question 2: Do you have the same idea of “Fun?”

This is actually a bigger problem than you think.

On a recent podcast  we got a question from a guy who just moved to NYC with her girlfriend.

And while he wants to go out partying every single night until 3 in the morning (only to go to work bleary-eyed and hung over) she’s much happier just hanging out in at a coffee place with a book.

And it’s killing them.

I know that sounds dramatic. And I’m not saying you have to have all the same interests as your partner in order to be compatible with them (successful relationships happen when two people have separate lives and decide to create another one together.)

But I am saying you fundamentally have to live in the same “universe” of interests.

If you’re a thrill seeker who likes jumping out of airplanes . . .

And if their idea of having a good time is “Sitting on the dock of the bay,” you’re both going to end up unsatisfied and victims of toxic compromise where NEITHER of you gets to do what you want.

Question 3: Do you dream of the same future?

OK, not the EXACT same future (it’s ok if the china patterns he wants are different than yours) but does his idea of a “Happy life” jive with yours?

This stuff sounds SO basic, I know, but like I always say having a successful relationship takes MORE than love.

Actually, love is NEVER enough for a really great relationship that makes you both happy.

You can’t just LOVE somebody, you have to LIKE them too.

And liking them means you have to have absolute and total respect for what they like to do with their time and what they see their life turning into.

Blunt, funny and always honest, Michael Fiore is an internationally known expert on how to have great relationships in the modern world. In 2011, Michael appeared on “The Rachael Ray” show with his popular Text The Romance Back Program (Rachael said he gave her “chills”).

Since then Michael has given women X-Ray vision into men’s minds with his The Secret Survey: What Men Desperately Want You To Know But Will Never Tell You program, and taught thousands how to get their ex’s back with Text Your Ex Back.

Michael lives in Seattle, WA with his (amazing) wife and is currently hard at work on his next shocking, straightforward and really, really useful program.