Are Bad Past Relationships Hurting Your Chances at True Love? 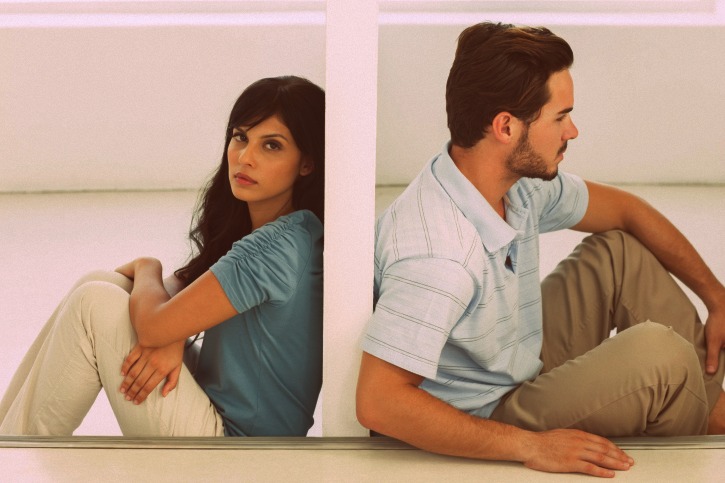 Raise your hand if you’ve never been in a terrible relationship before.

Yeah, not many hands.

Almost everyone has gone through at least one awful relationship before. And for most of us … there have been more than just one.

Try a string of ‘em.

We likely remember them all too well. Near the end: The tears, fights, hang-ups, accusations, battles via text message. We’ve had sleepless nights, cried in the bathroom at work … maybe even had a little too much to drink and called our ex—only to hear someone else in the background. Someone who definitely didn’t sound like “just a friend.”

Times like this are tough every day. Well, more than that: They’re absolutely terrible.

And what’s worse? Well … when it happens time and again.

It’s sort of hard not to ask yourself at that point: What’s wrong with me!?

But fortunately … eventually … we make the decision that we should get back out there again. Friends tell us. Our moms sit us down. And you probably have more than one conversation with yourself in the mirror: “It’s time. Get back out there.”

But alas … those awful relationships back there in your past? They haunt you. A terrible relationship from the past is like a pesky ghost. It can so easily deter and prevent you from being open to finding true love in the future.

You might like to tell yourself that moving on from a string of bad relationships will be easy and that fully trusting someone again will be simple, but it’s not always quite so easy.

One of the main culprits? Murphy’s Law.

“Anything that can go wrong, will go wrong.”

In other words: “How many times … how many ways … have my past relationships screwed up? Countless. Therefore … it’s bound to happen again.”

Simple logic. Yet fortunately for you, a flawed concept. Murphy’s Law doesn’t have to happen.

There are ways to move past this idea and come out on the other side ready for a real relationship that won’t be anything like your last ones.

If you hope to be in a healthy relationship in the future, you may need to take a few key steps to make this happen. Namely, you’ve got to make sure that you don’t self-sabotage or throw away a potentially great relationship.

To do this, take the following steps to make sure that you get past these hurdles and move full force into the future.

One reason that many people feel that they are doomed as far as future relationships go is that they assume that if they were the cause (or part of the cause) of past breakups, they’re bound to be the cause of a future breakup as well.

The truth is that people break up for many reasons. And yes, it is possible that you were the cause of breakups that happened in the past. But the awesome thing about being human is that you can change if you want to.

For example, if you had a relationship in which your partner broke up with you because they said you didn’t listen to them … you can do better this time around.

Keep in mind that this scenario only applies to scenarios in which the reason for your past breakup being partly your fault was justified. If your exes labeled you as something you truly weren’t, then that’s not your fault. That’s their fault. Likewise, if what they broke up with you for is not a changeable trait (e.g. They broke up with you because you have a large nose), then of course, that’s not a legitimate reason for someone to break up with you … And screw them.

But if you did something that you know caused part of the breakups (and it’s changeable), don’t just double down and keep making the same error over and again (a recipe for failure). Instead, improve and do better this time around.

If past breakups were caused by the other person being untrustworthy, unreliable or perhaps manipulative or self-centered, by all means, don’t choose the same kind of person again.

Naturally, this isn’t as easy as it may sound. You need to look for the warning signs that you should have seen in the past. To understand these warning signs, you have to do some thinking about the beginnings of your last relationship. Were there any red flags that you can see now that you couldn’t see then? Sometimes, it helps to ask close friends or relatives if they saw any red flags. Being wise about traits that are ultimately undesirable in your future partner can help you avoid a terrible relationship in the future.

Finally, make sure that you are moving forward without your exes on the periphery. In this age of social media and in the Internet in general, it’s so easy to continually allow people to be in your life who don’t improve it (and in fact, complicate it).

But it’s important to remember that you can curate your social sphere, which means that you can choose to delete your exes from social media. You can also stop staying in contact with them and remove yourself from social circles where you might have to see or talk to them.

Many people who have recently broken up with someone find this to be a difficult step to take, but desperate times call for desperate measures. You’ve got to move on.

Getting over past breakups and a string of terrible exes is not easy. But it is possible.

Take some time to examine those past relationships. See where you can improve yourself and your choice in men or women. Then stop looking back.

You’re not going that way.