He Dumped You and It Was Your Fault: What to Do 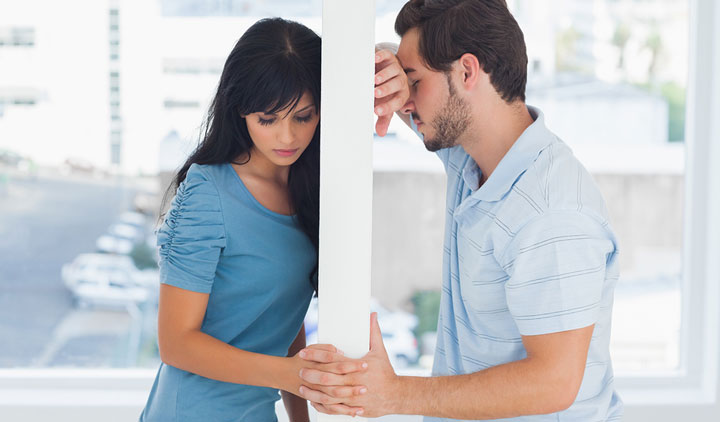 We all do things we regret. After all, we’re only human.

But some things we do can lead to bitter consequences … like breakups with someone who truly meant a lot to us.

If you’ve recently gone through a breakup and the reason for the tear was your fault, you have to start somewhere in picking up the pieces.

Option A: You’re Ready to Get Over It

Option B: You Want Him Back

Option A: You’re Ready to Get Over It

Put Your Phone Down

As of this moment, your phone and social media are an enemy to contend with. You’ve got to find a way to stop yourself from calling, texting and “just checking to see if he’s online.” Doing these things will not only make you feel and look like a fool (when you constantly call and text and don’t receive answers), but they will also hold you back from getting over your ex.

Oh, and they will make it hard for him to get over you too. You’ve got to let them go.

Friends are the best when breakups happen. It’s especially when you’re feeling guilty and down in the dumps that you need your ladies by your side.

Often, when we get into relationships, everything’s so exciting and new that we may not talk to our girlfriends very often. This is always a shame, but it’s definitely a shame when then discover how much you need them.

Fortunately, most women understand this “code,” and they’ll come bouncing back if you only reach out and maybe supply a bottle of wine or two.

Buddhists tend to have some of the best advice where emotions are concerned, and here they are giving us another thought to live by again: Don’t shoot the second arrow.

If you’re confused as to how an arrow came into play, it’s simple: When we experience pain and suffering in our lives, it’s like being shot with an arrow. And that’s bad enough.

But so often, we “shoot ourselves with another arrow” when we take those initial bad feelings and run with them, causing more sorrow and pain through self-ridicule, shame, blaming, dissatisfaction and a host of other negative emotions and thought processes.

In other words: Going through this breakup sucks. Knowing you caused it sucks. But don’t make it worse than that. Avoid shooting the second arrow by recognizing your situation blows and, well, leaving it at that. Adding more terrible feelings to the mix will do absolutely no good. And you’re going to be fine. Especially if you take the next step…

Ok, you royally screwed up with this guy. Don’t do it again.

Easier said than done? It’s true. We tend to repeat patterns in our lives, so chances are you’re going to be tempted to do the same things you just did to screw up this relationship again in a new relationship.

You’ve gotta avoid that, so … try these things:

Option B: You Want Him Back

You did something wrong, and that warrants an apology from you. We know you’re not crazy about this idea, but you really need to bite the bullet and do it. It’s the only way he can begin to forgive you, and you two can learn to repair things.

If you can’t do it in person (although that’s a much better and more mature idea), you can at least write him an email (or better yet, handwrite him a letter). Doing this is a great way to get some things off your chest, make amends and start making your way back to his heart. Just remember not to make excuses. Giving reasons why you did such-and-such is okay, but don’t try to lay the blame on someone else or excuse yourself entirely when you know very well that you did something wrong.

Be Where He Is

Chances are he won’t really want to see you, and that’s understandable. But you should try to find a way to see him if you can. This may be by hanging out with the same friends or at the same places.

Don’t be a stalker, but do put yourself in a position where you are still a factor in his life.

Use the Ex Factor Guide

Not many programs out there have the ability to actually impart essential wisdom that can get you your guy back. In fact, most of them are phony and not worth the time it takes to go through them.

But The Ex Factor Guide has the ability to do wonders for your chances at getting your man back. There are things in there that we don’t even have room enough to right of right here, but trust us, they’re good. Things you’d never even think of doing can win you back his heart.

Check it out and you’ll see what we’re talking about.

In the meantime: Hey girl, don’t beat yourself up. You’re only human, and you have just as much right to a happy life full of romance as the next girl—whether your ex is out of your life for good or just waiting for you to woo him again… Good luck!