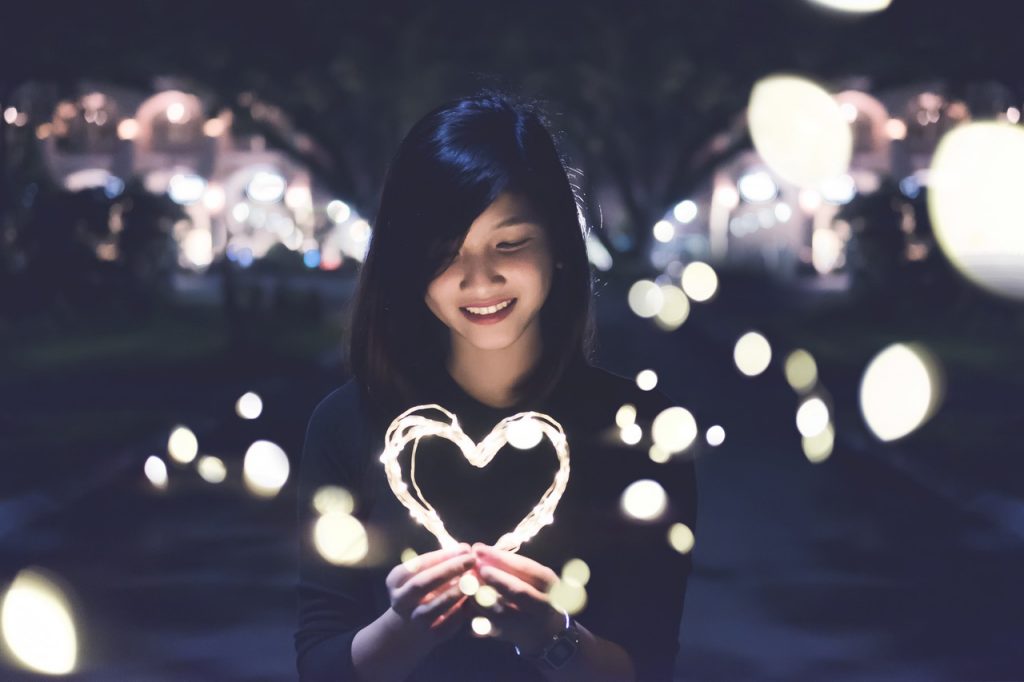 You may think that “pulling the plug on relationships” is a little drastic, and maybe it is to most people.

But it’s what I did, and I lived to tell the tale. Actually, I more than lived; I prospered. Pulling the plug is what saved me.

Today … I have the man of my dreams at my side. He loves me for me, he dotes on me, and we’ve been together for several years. Every day, I feel like I love him more, and I know, I know, that sounds so stupid and cliché, but ladies, once you’ve experienced it, you know it’s not cliché.

Let’s Start at the Beginning

I’m sitting alone in my car in a middle school parking lot. It’s a Saturday afternoon in spring, and I distinctly remember uncomfortably shifting in my seat because of this annoying extra flab that had developed on either side of my upper back. That’s where I gain weight, and I was in a Reese’s Peanut Butter Cup phase. I’d gained about 10 pounds in a month or two.

So, I’m sitting there staring at gross piles of snow, waiting. I’m waiting for a call on my cell.

The night before, I had been up late in bed texting back and forth with my ex, Jason, telling him how bad I had gotten … how upset I was after the terrible breakup we’d had. It’d been several weeks, and I regretted everything I had done, I wanted him back … needed him back I said.

He couldn’t talk right then, so he told me he’d call me the next day after he got out of work.

I was living with my older brother and his wife (I know …) at the time; I’d moved out of Jason’s house after the breakup.

I didn’t want my brother or his wife to hear our conversation: thus, the middle school parking lot.

Sitting there in my sweats, greasy hair, bags under my eyes from not sleeping, peanut butter cup wrappers on the floor, an empty Big Gulp next to me, I felt positively awful — the worst I ever had in my life. I missed Jason so much. I wanted him back so badly, and I was deathly afraid that everything was against me. I had hit bottom, but I still had a little hope.

Then it got worse.

I waited for Jason to call, and he didn’t. I waited and waited, and finally, I decided to call him.

It rang several times, then someone picked up. Someone was talking away from the phone with someone else, muffled voices, and finally, a voice came on. A woman’s voice.

“Don’t call here,” she said. “Jason has a new girlfriend, and he does NOT want to talk to you. Stop calling. Get a life.”

I was stunned. Tears instantly began to flood out of my eyes.

Then it got worse … again.

I realized I knew the voice.

A co-worker at Jason’s office. Someone I had seen and even spent time with. Someone who I had — in passing —suspected of having had a crush on Jason. And whose phone number (after some digging) I’d seen pop up on his phone when he’d left it in the other room.

You can only imagine what happened after that.

I was totally defeated. Not only had that entire relationship been a lie, but Jason had been the relationship that was supposed to be my saving grace. Before him, I had been with another guy for two years … who had also cheated.

I had absolutely no faith in men or relationships. Twice … my only two long-term relationships had ended in shambles. Cheated on twice, I had been left with almost zero self-esteem.

For a while, I went into a deep depression.

Several weeks passed, and I did almost nothing. When I wasn’t dragging myself to work and doing the bare minimum, I stayed in bed, watching TV.

Finally, one Saturday morning about six weeks after that fateful day, I heard a gentle knock on my door. I was still living with my brother and his wife, trying not to bother them but not really thinking about when I would move out or about my future. When you’re that far gone, you can basically only take it a day at a time.

I said come in, and my sister-in-law Amy poked her head around the door.

Not wanting to alarm her, I feigned I’d had a headache, blah blah, blah, but she saw right through me. She said she’d been watching what I was going through and she had something she wanted to tell me.

“You didn’t know me before I met your brother, but I was actually where you are right now only about three months before we met and he introduced me to you and your family. Did you know that?”

I had not. Amy had always seemed so put-together and in control. Almost annoyingly so. I told her I hadn’t.

“I was,” she continued. “I’d just been cheated on and had my heart broken, but I did something kind of weird to get out of it.”

She told me that a friend of hers had given her the advice of trying to “forget men … and relationships … completely.” At first, she thought it was stupid, but she said she did a little searching online and found that this was a way that a lot of women finally found their way out of depression after multiple relationship failures like she had been through.

She told me that she took the advice. And once she totally dropped the idea of men and relationships altogether and focused on herself, she felt instantly better.

She started hanging out with friends and family more. She focused on her health and her career. And she focused on boosting her own self-regard and self-confidence.

And she said almost two months after that, she met my brother at a hockey game.

What she said, hit me hard. All I’d ever, ever considered was how I could get Jason back or how I could make him jealous … or find someone even better to throw in his face. I’d never thought of forgetting love altogether.

And when I did? Everything changed just like Amy had said.

I did a little searching of my own, in fact. Amy’s advice was helpful, but I needed something more concrete to build myself back up if I was really going to get out of my rut. In the end, I used a course to get my confidence back, and it worked wonders. If you want to try it, it honestly truly saved me. It’s called the Gorgeous Course, and it helped me to redefine how I see myself and put all my energy and focus on me and my dreams. It has some truly amazing advice that totally changed my mindset in it. I attribute my success to Amy … and to that course.

Not only did I stop attaching my self-worth to a man, but I improved my circumstances. I moved out of my brother’s, worked hard at my job and landed a promotion, joined some fitness classes that Amy was taking, spent loads of time with family and friends, and … BAM, that was when I met someone.

Honestly, it was the weirdest and most wonderful thing that’s ever happened to me. Since then, I’ve met other women who have found the same thing happened to them: forget men and relationships … improve YOU … and you’ll find the greatest relationship of your life.

Don’t let anyone tell you that it can’t be done either. Because I have lived it.

If you are in a situation like I was on that spring day, sitting in my car in a parking lot … you can make it out too and find the man of your dreams. Just take my advice. Use the course and don’t attach your worth to men. It’s you who makes the difference.