How Men Are Like Cats When It Comes to Commitment

Love Advice From a Cat!? 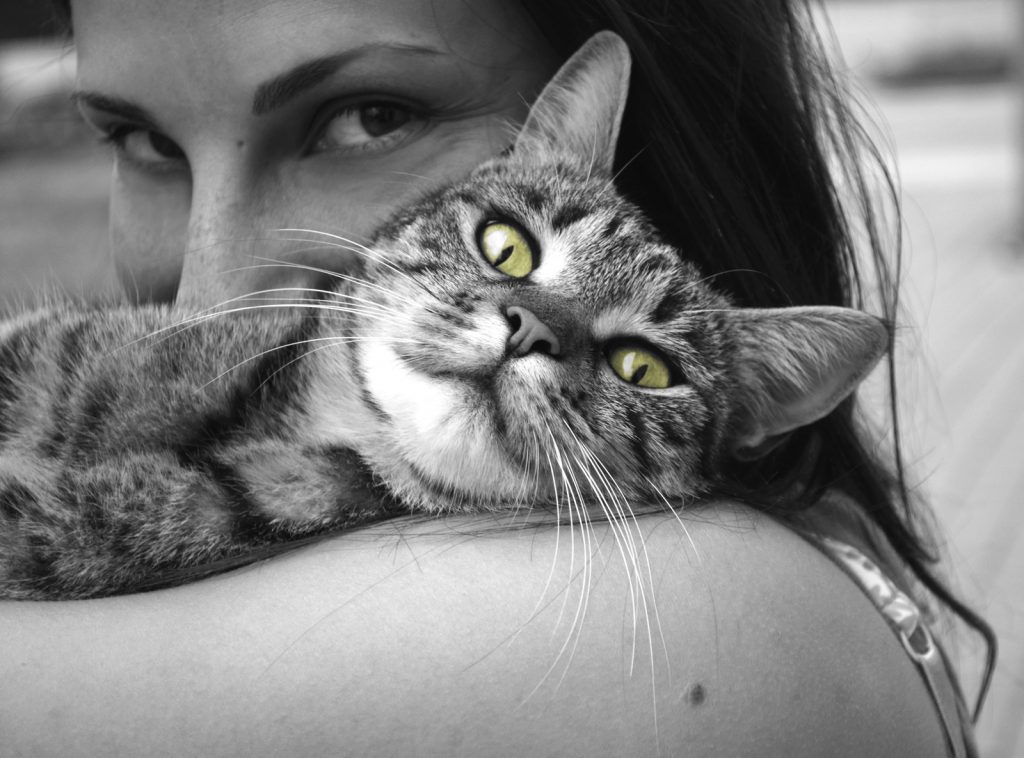 If you’ve ever owned a cat or had a friend with a cat, let me ask you a question:

Let’s say you were to see that cat in the corner of the living room—facing away from you.

Now let’s say that you slowly—as quietly as possible—snuck up on the little guy.

He doesn’t notice (bravo, you’re amazingly stealthy in this scenario!).

And without a peep … when you got juuust close enough to touch him … you reached out to scoop him up like a fumbled football.

Alright. In this scenario, how does the cat react when you do this?

Here are the correct answers:

Yeah … that’s the only answer …

So why do cats instinctively do this any time someone sneaks up on them?

Answer: Because they actually hate sneakiness, despite being amazingly sneaky themselves.

Naturally, this is a hypothetical experiment. And its purpose is to demonstrate 3 things.

So Why Are We Saying This?

Because a lot of women don’t understand it.

A lot of women try to get their man to commit like trying to snatch up a cat, and the rate of success is just about the same.

Here, let’s mention that this is definitely not your fault. In fact, in almost all cases, it’s never the woman’s fault because understanding the uniqueness of the male mind is an extremely complicated affair.

Naturally, that’s why we’re here, and we’ll be discussing this in depth later. But first, let’s take this cat idea from a different perspective to explore how cats (and men) do like to be approached.

Alright, this time, we’re not on the hunt. We’re not stalking. We’re approaching the cat in the corner of the living room from the front. He knows we’re there. We move slowly. He sees us coming. What happens then?

Well, for the most part, this is a successful approach. For cats and men. Cats, like men, are visual creatures. Cats prefer to see things coming.

By approaching a cat from the front, we can get into his personal space without making him hate us (yay!). This approach is 100% honest. It’s all on the up-and-up.

Additionally, after you accomplish the task of getting close to the cat while it sees you, you can gently pet it. And for most cats (and men), this is what they want—to be petted, respected, and adored.

Well, this goes without saying but, newsflash! Men are bigger than cats. Oh, and human!

But it’s the principle here that counts.

That is … at the first hint of a woman trying to be sneaky, a man will immediately find ways to make himself scarce.

Perhaps they won’t make a beeline for beneath the sofa … but mark my words: they’ll find a way to flee.

Men’s Paranoia and Learning to Be Genuine

So, are men really so scared of being “snuck up on”?

Yep. You may not know it, but lots of men today are paranoid about hidden motives in their partners. This is something that men discuss frequently among themselves, and they mull over it a lot.

That’s because men are obsessed with having a genuine woman—one who doesn’t tell lies, play tricks, or do the bait-and-switch.

You probably don’t realize this because (even though any self-respecting woman is also looking for a genuine man) women are less miffed if a man plays a cute trick to get her attention or nab a date with her.

Think of all the romantic comedies that are about a man pretending to be someone else, making a bet, or doing some other form of trickery that ends up with the two leads falling in love. Then, when the trick is revealed and the woman runs away in short-lived upset, the rest of the film is about him convincing her to forgive him …

… and she always does.

For men, however, they’re not so ready to forget sneakiness. In fact, if it happens in a relationship that’s only just blooming … he’s basically out of there as soon as he senses any artfulness on the part of the woman.

Are You Being “Sneaky” Without Even Realizing It?

Because women are not as predisposed to be repulsed by sneakiness as men are … we often don’t understand what makes us seem sneaky.

You may be a completely genuine woman who has no ulterior motives … but from a male’s point-of-view, you might be doing something that appears sneaky. Here are a few examples:

It’s exceptionally important to note that doing the things listed above isn’t bad. These are things that most women are wont to do in order to impress their date or partner. If you’ve ever worn a lot of makeup on a date or “accidentally” bumped into your man at his local grocery store around the time he gets out of work … you’re not alone.

But unfortunately, just like the cat who feels he’s being stalked … men hate this.

Because men  love their freedom.

To a man, being free and being alive are one and the same. The threat of losing his freedom is even scarier to a man than cliff diving, public speaking, earthquakes, or romantic comedy movie marathons.

To put it simply: if you want to lose a man as quickly as possible, grab onto him as tightly as possible. He’ll slip out of your grasp like an eel and put an ocean of distance between the two of you in one fluid motion.

To a man, the thought of getting locked down to the wrong woman is the same thing as being house-bound—never able to leave. They want their freedom.

And a woman who is sneaky is a red flag.

What does this mean for you?

Fortunately, there are approaches that do work.

Here, you might be saying: “What approaches!? I thought you just said we can’t use tricks?”

That’s true. But these aren’t tricks.

I call them approaches because they are … tactics, if you will, that allow you to engage men so tightly they’ll never want to let you go while at the same time, allowing you to be completely your own genuine self.

The Genuine Way to a Man’s Heart (No Sneakiness Involved)

These are quotes that tell any man how you truly feel, and there are certain moments when you should use them for the greatest effect. It’s all in the link if you’re interested.

As a result of using these techniques, you’ll see a huge change in the way men react to you. It’s kind of frightening, because it’s immediate! I was sort of freaked out at first (but of course it’s an amazing skillset to possess).

If you’ve been struggling with men seeming to be all-in for you one moment … and halfway down the street the next … know that you’re not alone, girl! It’s happened to us all. But do consider trying these techniques and see how they work for you. I think you’ll really be happy with how the tides change in your favor.

Oh, and don’t forget those love quotes; I love those, and they’re essential (they’re actually what made my man finally seal the deal—yes, a ring! —so I credit them with my happiness!)