How My Weight Destroyed Every Relationship I Ever Had 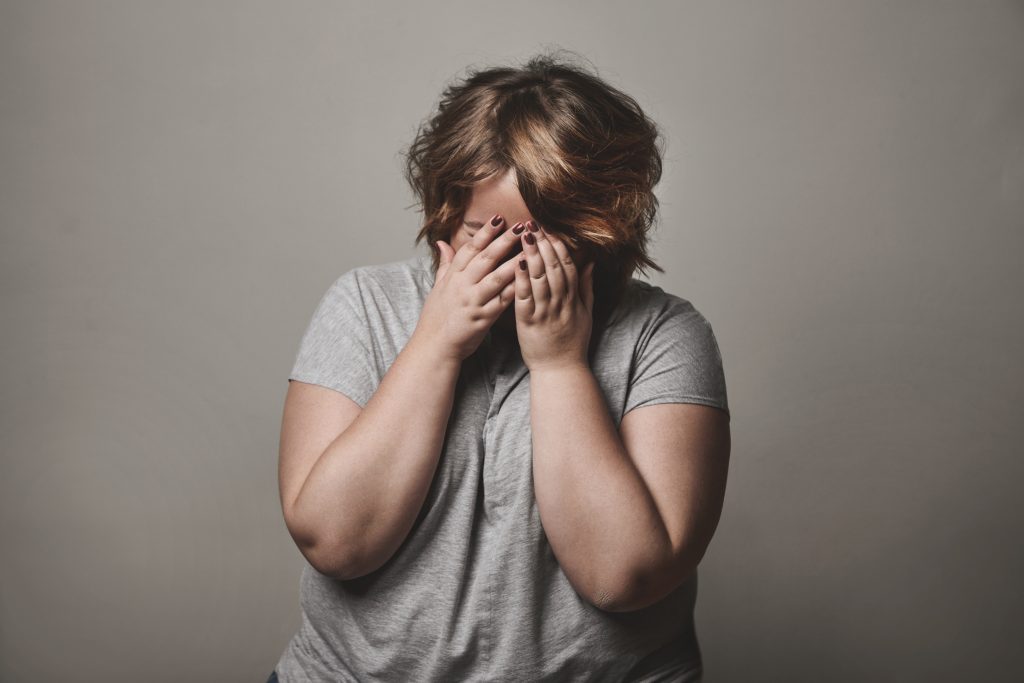 “If you don’t lose weight, no man will ever want to marry you.”

The memory of my mom’s words to me as a child have never been erased from my memory.  Rather, they have played as a soundtrack to my life for decades.

My mother, at the age of 72 is, and always has been a style diva.  She has prided herself in being the Belle of the Ball for as long as she (and I) can remember.  And for good reason – she always has been the woman who no one could take their eyes off of when she entered a room.

She was also an incredibly loving mom who devoted her entire life to her children.  As educated as I became, and as much as I succeeded in every aspect of my life, my weight remained the bane of her existence, and it quickly became mine as well.  It ended up overshadowing every success I ever had.

She beamed with pride with every piano test I passed, with every school report card which was sent home with stellar grades and fantastic teacher feedback, when I was in the newspaper, when I went through grad school, when…well, you get the picture.  But with every accolade, it would eventually come down to this:  “Now if you could just lose this weight, you would be perfect.”

I used to blame my mother for making me so horrifically body conscious but as I matured and began to make my own choices, I realized that her words may have partially been coming from a place of selfishness but mostly, they were coming from a place of concern for my health.  However, my negative body image was already set in my consciousness and it was the foundation for many, many self-destructive mistakes that I made.

Particularly in my romantic relationships.

I remember watching a movie when I was younger in which a man had cheated on a woman and she was on her knees, crying, and begging him to not leave her.  “Who the hell does that?” I asked myself at the time.  “Who could be SO desperate and have that little pride?”  I would eventually discover that the answer to that was none other than ME.

Okay, I never got on my hands and knees begging.  But one doesn’t have to do so physically.  It is enough when one does so emotionally.

I had no boyfriends in high school.  I was always too buttoned up and self-conscious to even remotely believe any boy would have interest in me.  So I shied away from them.  When one of my band mates tried to kiss me once when I was 16, I ran away, screaming in my head.

However, when I went to University right after high school, I unbuttoned.  A lot.  And that brought with it a slew of guys with whom I NEVER had a relationship with.  I emphasize the “NEVER” because at that point, in my mind, getting any kind of attention from a man equated to a possibility of romance.  I was inexperienced, and in my heart, starved for a real relationship – hungry for male attention, the kind that my friends were all getting.  I began to think, “Why not me? Is it because of my weight?”

And so the mistakes began.

Every time a man flirted with me and never asked for my number, I told myself it was because of the way I looked.  Every time I kissed a man, I assumed we were getting into a relationship.  When they never called back, I blamed my weight.

My first long(er)-term relationship happened in my early 20s with a man 7 years older than I.   He called my house, it was a wrong number, and we ended up talking for an hour.  Then he called again the next day and asked if we could meet.  And so I agreed.

He was absolutely gorgeous.  A bad boy in every sense.  Everything that is the fantasy of every young woman who doesn’t know better.  He paid me attention, he was charismatic and fun, but he was also using me.  I ignored every single glaring red flag because it felt so good to be with him.

I believed we were in a relationship for 9 months until he disappeared for several days and I found out he was sleeping at his ex-girlfriend’s home.  When my world came crashing down, I finally acknowledged every single verbal and non-verbal cue he was giving me from the very start, and they all shouted the fact that we were never really in a relationship.  Not a healthy one, anyway. I was simply giving 100% of myself to someone who was giving me 5% of himself.

Despite my broken heart and lessons I should have learned, I kept getting myself into relationship with these kinds of men.

During every heartbreak, my internal dialogue never changed: “I’m a good person.  I’m successful. I loved him.  I was kind to him.  I took exceptional care of him.  Why doesn’t he love me? There is no explanation other than my weight.”

Yes, the common denominator every time I got my heart ripped to pieces was me.  But it wasn’t because of my weight.  It was because of the fact that I felt like absolute shit about myself.

I know I have titled this article “How My Weight Destroyed Every Relationship I Ever Had” but I suppose it’s partially inaccurate.  These were relationships I never really had because, in retrospect, they weren’t equally giving from both sides. And it wasn’t really my weight which destroyed them.  It was my horrible sense of self-worth.

For me, it was my weight which made me feel worthless despite countless amazing things I had in my life and my accomplishments.  For others, it could be an array of other defining moments – being abandoned as a child, bullying, physical or mental challenges, depression, trauma, biased media representations of people’s lives, and so on. The foundation may be different but the result is the same.

You know how every time you turn around, it seems as though you see an article from a relationship expert emphasizing how important self-confidence is? They do so because it is THE foundation for happiness and success in romantic relationships.  When we feel worthless sitting across from a romantic partner, they see it.  They feel it.  And a quality man or woman who wants to commit to you, will find that to be problematic. Still others will take advantage of it.

I personally broke the toxic relationship cycle a few years ago after a horrific year-long experience with an emotional abuser who, incidentally, was also a bonafide sociopath (signed and sealed diagnosis from multiple psychiatrists).  After the familiar post-breakup internal dialogue ended, I knew that the extraordinary anger which I had for both him and myself was poisoning me so I took every measure to get real with myself and heal.

I spent a year as a single person trying to learn how to love myself and work past the bitterness and self-loathing. That may sound cliché.  I know it always has to me until I took it seriously.  That’s when the positive changes started happening in my life.

When I met my now fiancé, I was already in a different head space.  I was so scared to take that initial step with him.  I still felt like a bit of a wounded bird but a much stronger one than I had been a year before.  What I was most afraid of was falling back into a toxic relationship which had defined almost all of my relationship experiences before meeting him.

That didn’t happen, though.  He asked me to take his hand and that he will take care of my heart.  And he has.

Not only was I stronger with a completely different mindset about what love is all about, but I was lucky in that he was and is a great man.

So what about my weight? Until recently, nothing had changed there aside of the fact that I kept getting bigger and bigger throughout my adult life.  I ate through my heartbreaks.  I ate through my loneliness.  I ate through the good times, too.  I just plain ate. I didn’t understand why, despite more than 20 attempts to lose my weight over the past 20 years, I just couldn’t do it.

One day as I was searching Google, I came across some literature about food addiction and a light bulb went off.  Long story short, I have been addicted to sugar and carbs my whole life, and every single attempt to lose my weight failed because I simply could not escape those set neuropathways in my brain.

I finally breathed a sigh of relief.  When you have had THAT much failure at losing weight, you blame yourself.  You feel powerless.  You feel desperate for a solution.  And I have finally found my solution – it has been changing my life every single day.

67 days ago (and 4 years into this relationship), I approached my fiancé and told him that I think I found a way to take control of my eating. He replied with, “Anything you want to do, honey, I’m with you.”  He has always made me feel beautiful.  He has NEVER ever mentioned my weight.  He just tells me that I’m beautiful…always. I know that I have his support no matter what.  Isn’t that the way it should be?

In these past 67 days, I have lost exactly 40 pounds (This is how I did it, if you are interested). I feel like a totally different person.  In control for the very first time in my life, so much more healthy and happy, and I finally, FINALLY feel hope when it comes to my eating.

I know that reading this, you will probably understand how I feel.  Being a woman in Western society does not allow you a lot of leeway when it comes to loving ourselves exactly the way we are.  However, it’s more than just about the way we look.  It’s about feeling right in your own body.  It’s about finally letting go of that incessant internal chatter about food and what you are putting in your mouth.  It’s about letting go of the obsession, the negative self-talk which leads to such poor life choices, and feeling free.  It’s about loving yourself and being proud of yourself because you’ve done everything you can to treat your body well.  At any size, that does wonders for your self-esteem and self-worth.

I don’t know the future and where I’m going to end up, but today, I’m full of hope and inspiration. I love my soon to be husband, and I’ve forgiven myself for treating myself so poorly in the past.  Living better and doing better is possible for every single one of us.  We just have to be brave enough to live in truth and try.