We all know the reasons we love the bad boy. 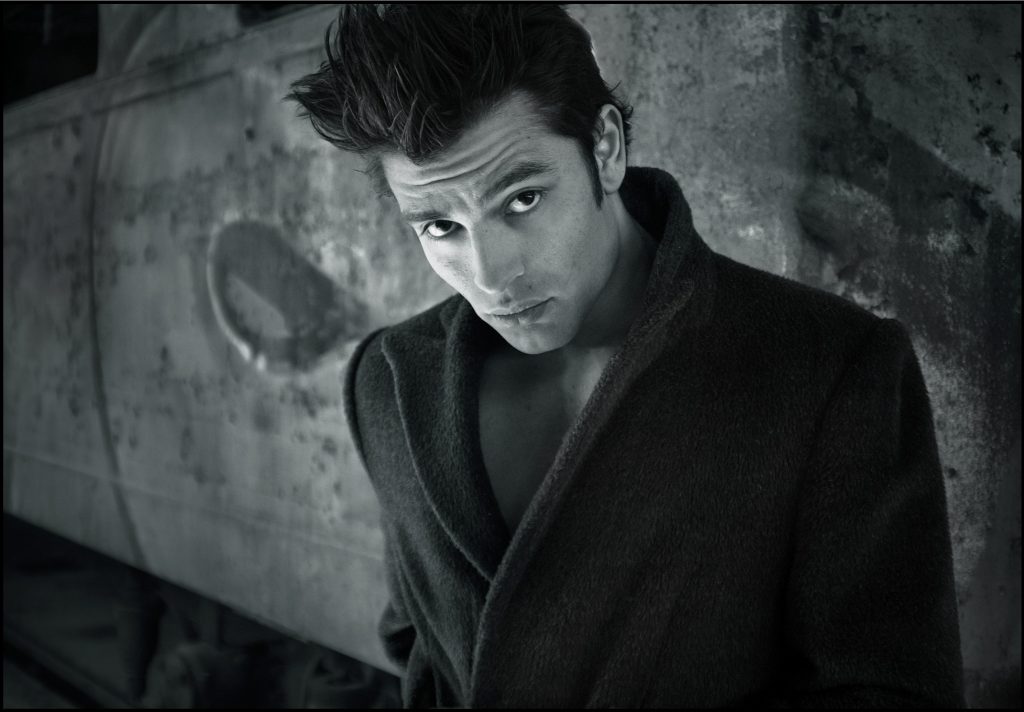 They’re tough, smooth, and they’re usually hotter than sin. While other men struggle to think of the right words to say, he just knows. And what he says makes you feel like your heart’s going to thump right out of your chest.

Where other guys are fumbling about where to take you on a date — asking you where you want to go (hello!?) … the bad boy already knows.

Yeah, well of course he knows. Cause he’s got a secret spot out on the dunes, or at the lake, or overlooking the city … where you’ll watch the sunset. And he’ll grab beers at the liquor store on his way to pick you up ON HIS MOTORCYCLE.

And at that perfect moment, he’ll kiss you. And then …  he’ll know just what to say to make you completely oozy and goozy inside.

And he’ll take you back to your place, and end the night with a passionate kiss, and you’ll be sure he’ll be going home not able to think about anything but you … just like it’s LITERALLY IMPOSSIBLE for you to think of anything but him …

And then … he’ll FLAKE … on your next planned date.

Taming of the Bad Boy: A How-To Guide

So close, yet so far away.

So how do we nail this guy down? You want him bad. But can you do the impossible!? Can you really get this drifter / greaser / super-hot   [ insert occupation here … (who even cares what he does!?) ]   … to love only you!?

You want it to be possible so bad. Well, the good news is … it is possible. Maybe.

But anyway, below is your best shot.

Step #1: First, you gotta make yourself a hot commodity.

Okay, there are three main things that make a woman hot:

Yes. Hair, makeup, cleavage, the whole nine yards. You cannot avoid this with the Bad Boy because he is obsessed with appearance. That’s why he’s the Bad Boy.

It’s all about creating a look. Now, if you want … your look can be au natural. But going with done-up glam is sort of a safer bet. Plus, it’ll give you confidence, and you’ll need it.

You don’t have to be Cindy Crawford, but put your best foot forward. Get some assistance from some savvy sales representatives at the makeup counter and in the women’s clothing department if necessary.

Learn to be snappy and witty. Practice with a close friend who you trust, and work on being natural and calm while you “deliver your lines.” Dead pan humor, and snarkiness are go-tos. This stuff can be learned.

The goal is to get away from your tendency to laugh nervously at everything and be a little more cool and aloof. You may not know it, but these are the qualities that you’re responding to in him, and he will respond to them in you too.

In other words, most of the times, be capable.

Be capable of handling yourself, your career, your friends, your home, your life.

Then … show him that you need him in one area (with your car, for example). And after he helps you? Drop it. Say “thanks” and “seeya.”

Step #2: DRAG EVERYTHING OUT.

When you go on dates, he’s so dreamy, right?

We get it. You’re in love with him.

But you’ve gotta keep your lust in check. In other words, don’t let him have everything he wants.

For example, he wants to kiss you. Nope. Not yet.

He wants to hold your hand while you walk a whole three blocks on your way to the restaurant. Eh, how bout one block. Then you take your hand away.

Out of the question at this point.

Step #3: He’s not monogamous yet? No problem. Neither are you.

In other words, we’re talkin: Date. Other. People.

Date the guys who ask you, or start asking out guys yourself. And don’t feel bad about this. You’re just dating … just the way the guy you’re on a date with is.

The Bad Boy may be who you got your eye on, but you’ve got a right to continue living your life.

Just make sure to keep things casual and never string anyone along or try to “wield” some innocent fella in a way that makes Bad Boy jealous. That’s unkind.

Step four is act aloof. Your bad boy wants to be a bad boy. That super-cool persona that you identify him with? He’s trying for that. He wants you to think of him like that.

So, you gotta turn the tides on him. When he calls, don’t answer. Let it go to voicemail, then get back to him by text two days later.

Now normally, this would not be a good dating suggestion. If you really care about someone, you shouldn’t be playing games with them.

But The Bad Boy is a wild one. He’s not like normal guys, and as such, he warrants unusual handling.

By not responding directly to his texts and calls, you’re making him feel insecure (again, not usually what you want your guy to feel like). But this is good for The Bad Boy because remember: he’s cultivating this “who cares” attitude, and you need to rattle that cage a bit.

These steps can help the Bad Boy fall in love with you. So now … you wait.

Cutting Your Losses: When It Doesn’t Work

They say that insanity can be defined as doing the same thing over and over again and expecting different results.

If this “plan” doesn’t work, try your hardest to forget the Bad Boy and move on because perusing him is only going to give you pain.

In fact, these relationships don’t have a good success rate. Ultimately, you want to nab this guy, then hopefully have him morph into a more dedicated, chill guy … or you just want to have some fun for a few months, and that can be okay too.

Just remember to prepare your heart for it. Because Bad Boys can be dangerous.

Unfortunately … that’s why we love ‘em.