How To Get The Closure You So Desperately Want 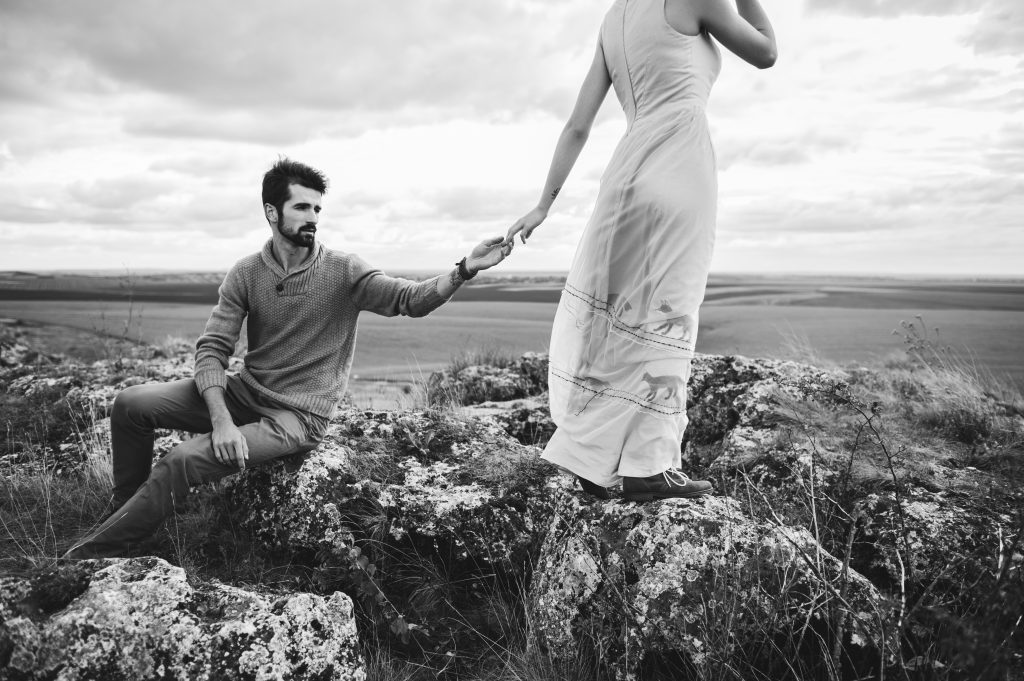 Any way you look at it, being dumped feels horrible.

Whether you were in a serious relationship that lasted years or were just getting to know someone and really thought things finally might be going somewhere … being dumped pretty much blows your ego to bits.

So naturally, after a breakup you’ll need some time to grieve and heal. The real problem, however, comes when you spend all your time grieving, and the healing part never really arrives. This usually happens for one main reason:

You’re desperate for it, you want it bad, and listen, we get it. You deserve to know what went wrong! Were there signals you missed? Did you do something that made the person who dumped you so upset they broke it off? Are they just insane?

“Why did this happen?” You find yourself saying this over and again. “Where is my explanation?”

Alright here’s the hard truth now. And it’s tough to say. But … it’s something that needs to be said. And you’re probably not going to see it anywhere else.

If you’re looking for closure …

And you haven’t gotten it already …

You are almost certainly … never … going to get it.

But everything will be okay.

There are 2 main reasons why breakups often end without closure. Neither one of them are your fault, and they can happen to anyone.

The 2 Reasons You Might Never Get Closure From Your Ex …

(And Why That’s Okay)

Your ex dumped you and won’t give you a straight answer why. Sure, they may say some vague thing like, “It’s me, I need time to be alone …” or “I’m not good enough for you.” Blah blah blah.

But you know these are lies. And why would they be lying? Well first, it could be because they don’t want to expose something wrong they’ve done. For example, if they cheated on you, they’re likely not going to want to divulge this—especially if you two have mutual friends who would find out. In general, though, they just don’t want to feel bad about themselves.

Alternatively, they may just not want to hurt your feelings. To you, this may be a kick to the gut that is way worse than if they just told you they didn’t care for you anymore and were straight with you. But their heart is in the right place in this case.

Either way, you will probably never get closure from either of these situations. And think about it: What would you gain?

This is also ghosting. As you may already know, ghosting is when someone dumps someone else without actually saying the words. They just … disappear. Their calls and texts start to get sparse. They act distant. And then all of the sudden, you see them for the first time in ages and they act as if they hardly know you.

This is an extremely rude way to act and obviously, very cowardly. In one way, you might say that a person who ghosts someone else is also trying to “save their feelings,” but is this really true? This person offered zero explanation. The good news is, either way, you can boil it down to one basic truth: They’re too afraid to admit they could hurt someone else, so they’ll never be strong enough to give you a straight answer. You’ll probably never get the resolve you need.

Tips for Moving On

Dating is tough, and we all know it. But love is not going to come to you while you’re alone in your apartment stalking your ex on social media and trying to figure out if he’s seeing this new girl in all his pictures. Instead, you’ll have to either go out and find it all by yourself or at least meet it halfway … and that means doing some dating. Online, offline, with groups, one on one, blind dates. Whatever gets you out there.

You can’t start over when you’re still tied to your past, so cut ties with him or her. Make sure you aren’t still texting or calling them, and if they are the ones trying to reel you back whenever they feel so inclined to make a move … drop them. It’s time to move on.

Even if you’re not dating right away, do get out there with friends and family. Make plans even when you don’t want to, and really try to enjoy the company of others without constantly being lost in thought about your ex.

Finally, remember that closure is really not always about getting answers. If you find yourself obsessed with the idea of closure, do some soul searching. Are you really valuing yourself, or are you letting the person who dumped you keep control over you?

Remember, if you can’t move on from the “why,” those constant nagging questions about “What went wrong!?” that means your ex does have power over you. Realize this and say “No way!” Then take back your power. Count all the great friends and advantages you have. Remember your strengths and the strength within you. Because if you’re chasing after an elusive dream of closure that you know you’ll never find … that’s just wasted time on someone who doesn’t even deserve your love.