How to Lose a Man in 5 Easy Steps

How to Lose a Man in 5 Easy Steps 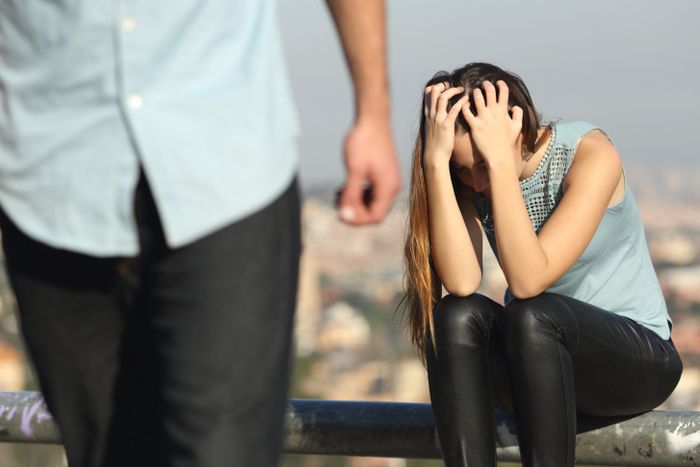 Sometime it seems that men and women are completely on different planets, and that it is absolutely impossible for either gender to understand the other. This can be seen clearly when observing some of the common causes that drive men out of relationships with women (and vice versa, of course). It is often times the result of behavior that is considered appropriate by some women; however, men view it in a negative light.

Following are five steps that will pretty much guarantee that you will lose your man. Keep in mind that these steps don’t have to be in consecutive; as few as one will do.

One of the most common mistakes that women make that end up driving men away is overanalyzing situations through an emotional lens.

Men will typically say or do things without giving much thought to what they are saying or doing. On the other hand, a woman will spend hours discussing the specific nuances of the same statement or action with another female.

When you overanalyze the actions of a man, it will typically lead you to a conclusion that is absolutely opposed to what he intended. I know that it is hard to believe, but while you are analyzing 20 different reasons why he did it, he actually just did it because he felt it needed to be done. There are no ulterior motives.

If there is anything that a man loathes it is drama. Men want peace, and they really prefer their partner to be the source of their peace.

Although a woman may be coaxed or riled up by those who are trying to show support for her, a drama queen is on a fast track to driving away the man in her life.

There are some women who have no problem bringing drama to their man’s life by doing things such as showing up to his job unannounced and causing a scene or having a public meltdown with a large audience to witness it. This behavior takes a man to a place that he is most uncomfortable, and it will end with him walking away.

Instead of confronting your man when you are worked up, firstly take a moment to calm down and clear your head.  Taking any action while your emotions are high is a bad idea.

When you have had a chance to breathe and think about what you’re angry about logcially, arrange a time to speak with him calmly so that you can sort out whatever you are having an issue with. It will work to your benefit no matter what the result is.  There is no better substitute for keeping it classy.

The only thing that a man seeks more than the affirmation of a woman is the respect of a woman. Relationship expert, James Bauer, actually calls this The Respect Principle (click here to learn a lot more about it).

Research has shown that men actually prefer being respected over being loved, whereas for women, if they had to choose, they would prefer to be loved.

Yes, men want to be loved too, but they need respect and affirmation the same way that you need to be loved.

When a woman is consistently negative, it slowly eats away at a man’s soul. One of the most negative statements that I have heard aimed at a man by his woman is, “Why don’t you love me anymore?” There is nothing more despairing for a man than to have a heart for a woman and be accused of not loving her.  He feels as though she doesn’t believe him when she makes these kinds of statements or asks these kinds of questions, and when a man feels as though you don’t believe him, he consequently feels as though you don’t respect him.

Further, there is no man or woman alive who wants to be with someone who perpetually has a dark cloud over there head.  Make a conscious effort to identify when you are being negative and do your best to work through what is making you unhappy so that you can be happy and positive in your relationship, too.

4. Constantly Trying to Change Him

Let’s get this clear right up front. When you meet a man, he is who he is. He will grow and mature, but his personality and his style will be pretty much fixed.

There will be certain things he will change to please you; however, hounding about things that he does not want to change will eventually wear thin with him, and he will push back. In the most extreme situations, he will push back by leaving.

5. Moving Things Along Too Fast

Becoming too emotionally attached or too physically clingy is another way to push a man away. It is understandable that you are excited about this new guy in your life; however, most men have learned that when a woman becomes too clingy too soon in the relationship, it typically leads to other issues later on.

Give him the space he needs to miss you and desire you. You also need space to ensure that you don’t lose yourself.

Men are actually very simple creatures, which means they are significantly different from women, and approaching a relationship with them the same way that you approach relationships with your female friend will almost certainly lead to problems in the long run.

Ready for more insights into the surprising things that men crave?  After reading this article, I hope you have started to realize that it’s not what you think.

For further reading on The Respect Principle and so much more, make sure you check this out.

Respect matters to men in ways women just can’t see (without a little training in male psychology). If you’d like to learn how to implement this concept in your own relationships, follow the link below for a more in-depth explanation of The Respect Principle.  It can literally change EVERYTHING for the better in your current relationship, or in preparing you for a new, healthy relationship.

If you enjoyed this article, please show your support and pass on these insights by sharing it with your friends and family.

This website uses cookies to improve your experience while you navigate through the website. Out of these, the cookies that are categorized as necessary are stored on your browser as they are essential for the working of basic functionalities of the website. We also use third-party cookies that help us analyze and understand how you use this website. These cookies will be stored in your browser only with your consent. You also have the option to opt-out of these cookies. But opting out of some of these cookies may affect your browsing experience.
Necessary Always Enabled

Performance cookies are used to understand and analyze the key performance indexes of the website which helps in delivering a better user experience for the visitors.

Analytical cookies are used to understand how visitors interact with the website. These cookies help provide information on metrics the number of visitors, bounce rate, traffic source, etc.

Advertisement cookies are used to provide visitors with relevant ads and marketing campaigns. These cookies track visitors across websites and collect information to provide customized ads.

Other uncategorized cookies are those that are being analyzed and have not been classified into a category as yet.