Is He Really Marriage Material? How to Know for Sure 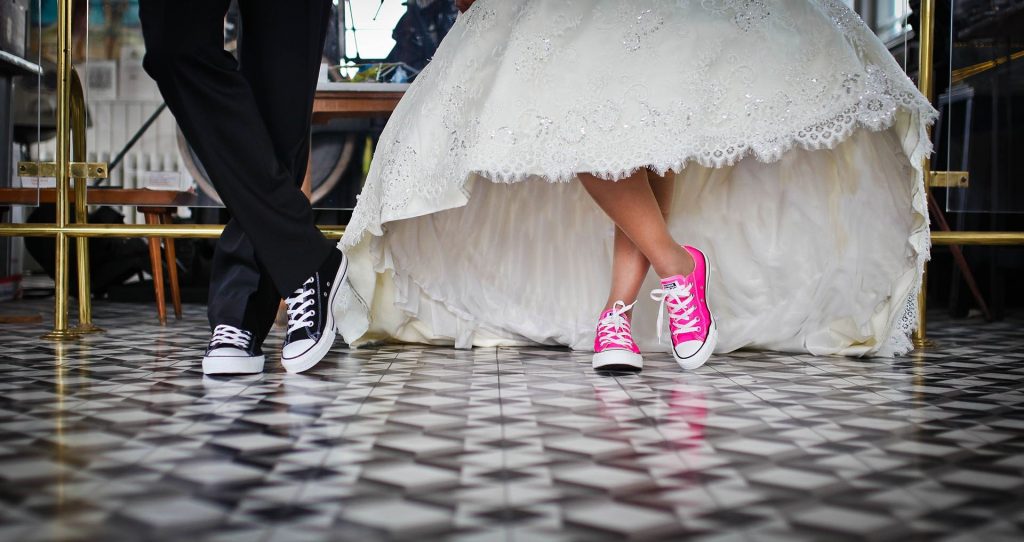 He loves me not …

Okay hopefully by now you know whether your man loves you or not.

But the question remains: Is it true love? As in forever love. As in … is he actually marriage material?

Here are 9 signs he’s definitely The One.  Check ‘em out and see if your man fits the profile.

He’s proud of you.

Your guy should make you feel like that. Maybe you catch wind that he was bragging to your mutual friends about your awesome cooking skills or your promotion at work. Or maybe he just goes gaga directly to you about whatever it is that you do great. It’s the fact that he’s truly proud to have you as his partner that counts.

He doesn’t leave you just because … well, you suck sometimes.

Hey, we all suck at times. There’s no getting around it. It’s easy to have a terrible day and then just turn up at home pretty terrible yourself.

But he doesn’t leave you because of this. He doesn’t get fired up and mad either. Instead, he knows that he can be pretty terrible sometimes too. And he either accepts you when you’re in one of these moods and gives you your space OR tries his best to make you feel better (see #7).

No, not mixed martial arts.

“Yes. I. Am. Sure. That I told you that we were going out to eat with my parents on the SIXTH.”

And then him: “Noooo, you said the TWENTY-sixth. So that is why I got basketball tickets for the SIXTH.”

And then you go … okay you get the picture.

Every couple fights. That’s normal and actually good. But only those who fight fair will last. This means keeping voices at a normal decibel, not calling names, and not bringing up that one thing from three years ago.

If he can do all that, he just might be a pretty good egg.

He doesn’t change when he’s around other people.

Some men act differently when they’re around their buddies. The sweet demeanor he usually has when it’s just you and him suddenly turns into him showing off and throwing you under the bus.

If he’s the first to make fun of you in front of others (especially for something that’s sensitive to you), then it’s perfectly within your rights as a girlfriend to tell him you’re not cool with that. Call him out because that crap is definitely not marriage material.

He makes an effort with your family and friends.

Whether he loves them (or even likes them) is another story.

But it’s the fact that he’s making the effort that counts. When there’s a get-together, he shouts small talk with your great-uncle Todd so he can hear. And he takes the time to ask your sister about her quilting class. Even though he doesn’t care.

He would drop everything to get you out of a serious jam.

This one’s a real test that you can imagine in your mind.

Consider a scenario where you get a flat tire on a random road outside of town. Really imagine the situation. You’re standing there on the side of the road.

Could you call your man?

If you did, would he come?

If you’re even slightly uncertain that he might pretend not to get your call or tell you he’s sorry but he’s really busy at work and won’t be able to help you for a while … you gotta rethink this relationship. This is a serious situation where you need him, and hopping-to should be a priority.

He knows how to make you feel better.

You’re feeling blue because of a bad work review. Perhaps you’ve recently lost a loved one. Or it could be just one of those bad days.

What does he do?

First of all, he knows. He senses it. Then, without asking, he does something to make you feel better. Maybe he makes you cocoa and sets you up a little nest on the couch and puts your favorite movie in. Or maybe he simply takes over dinner plans so you don’t have to worry about it. In other words, he’s got you covered.

He sees your flaws, and it’s okay.

You’re a terrible dishwasher loader. You snore sometimes. Your hair is … everywhere in your house. Even sometimes in the food you make him.

He knows it. He sees it. And, it’s not an issue for him. He might make fun of you a little, but he doesn’t seriously criticize your faults or act disgusted. He knows your flaws and loves you despite them or even because of them.

Lastly, don’t mean to sound corny here but … sometimes, the way that you know that he’s marriage material is … you just know.

Maybe it’s that moment when he makes you crack up uncontrollably. Maybe it’s opening that gift he gives you for your anniversary that you’d wanted forever but never thought to buy for yourself. Maybe it’s cleaning up after you when you’re sick.

But there are just some moments that make you feel an overwhelming rush of love for this man. And it’s not infatuation love. It’s not lust. It’s heart-felt, true-connection, we go great together love. I-truly-want-the-best-for-you and I-know-you-want-the-best-for-me-too love. Sometimes you just know.

If you can find a man who makes you feel that, he’s a keeper.