Sense He’s Pulling Away? It Could Be Because You’re Doing This 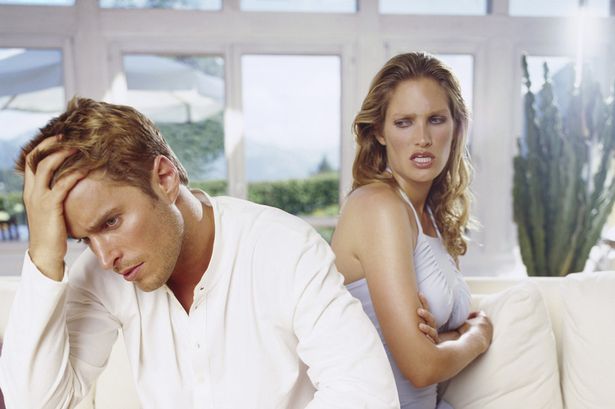 He’s coming over less. He stopped using “xoxo” or heart emojis when he texts. When you do spend time together, he seems distant and irritated. What’s happening?

Well … this is the worst. Right? Yep.

This is what you fear.

Him either just walking out on you completely one day. Or saying the dreaded: “We need to talk.”

Here are some other signs he’s becoming distant and maybe even planning his exit from your relationship:

There are 3 main reasons that men say they pull away from their women.

Now, this is not about the “blame game.” But many times, why a man pulls away has to do with the woman’s role in the relationship. Men definitely have their own role and fault in all of this, and we’ll talk about that later …

But as far as women go, there are things we do that literally drive men away! And still, we do them so often that we hardly notice any more.

If you want to keep your man around (or get him back!), pay attention:

The Top 3 Things Women Do That Make Men Pull Away

This can take different forms. But in general, when a woman is too needy and clingy, she lacks self confidence. And this is not only unattractive to men, it makes them feel like they don’t have their own lives.

There is a classic joke that women are nags. Unfortunately, humor often has underlying truth. As women, we are often perfectionists, and yeah, we can be a little controlling. So when we find ourselves in a close relationship with a man who may … or more likely may not do things the way we do, it gets our haunches up.

But men don’t get it. “Why do the towels have to be folded in thirds?” they ask innocently. “I’m sorry, I had no idea there was a difference between organic apple cider vinegar and regular …” they say frightened as we stomp around the kitchen.

Thing is: They just see this as us being jerks. And indeed, we can be jerks.

Over time, it gets on their nerves, enough so that they might end up spending less and less time around us …

Oh, you think you do. You definitely think you know. But do you?

Men are complex creatures. You think they just want sex and to watch sports and eat a really big, meaty sandwich on the weekends. Maybe do some golfing, fishing, drinking …

Ok fair enough. But this isn’t how all men are.

They have feelings, thoughts and emotions just as complicated as women. The key is …

They don’t try to hide them. They just do. It’s just natural. But women don’t get this. Women think that if they can’t see, sense or hear emotional, thoughtful things in someone … they’re not there.

And that’s the problem.

Men feel like they aren’t being heard or seen for who they are deep down. And women don’t know how to tap into these reservoirs of emotion in their men … or notice the signs emit when they are desperately trying to connect with their women. (Ok, they’re pretty hard to pick up on. But you can learn how to see them.)

How to Fix the Problem – Remember, You Have a Limited Window of Time

You need to reel him back in without resorting to your old ways (see above). This is hard for a lot of women because you’re just set in the way you do things. You cling, you nag, and you ignore the signs of his innermost feelings without even realizing it.

This last one is most important. Knowing what your man needs emotionally is vital, and even more vital is knowing how to tap into the emotions you want to see within him.

This isn’t manipulation. Men need this from women. Just as women need men who can support them emotionally, who can be strong when they feel weak, who can build them up when they’re feeling down. It’s why we fit so well together (when it works!).

The first 2 reasons he’s probably pulling away (you’re clinging and you nag him about his faults too often) are quite easy to remedy.

But how do you address number 3? How do you know what to say to trigger him to open up to you?

Well, that’s where you’ll probably need some coaching. Something like Mesmerizing Phrases can help. Mesmerizing Phrases is quite literally a program that tells you the exact right things to say to your man to make him love and desire you … even if he’s just steps away from completely breaking it off with you … You can stop him from leaving.

These words and phrases can actually even get your ex back. But of course, if you can catch him and use these techniques before he walks out the door, keeping the love of your life in your life will be much easier.

Really, what you need to remember in the end is that sometimes, women can make these classic 3 mistakes in relationships when we’re not even aware. The old adage “Happy Wife, Happy Life,” (or girlfriend in this case) is not the way it should be.

Women who love and want to keep their men need to realize what they are doing in the relationship that might sadly end up driving their partners away. Realize these things, and fix them. That’s the answer to a happy relationship … and life.