So He Still Talks to His Ex? Here’s How to Handle It

Sure. It’s pretty hard to get into a new romance these days without tugging along a few things from the past. When you hit a certain age, you naturally have a romantic history. It may be pretty boring with only one, super long relationship that just sort of petered out, or you may have left a trail of broken hearts behind you. 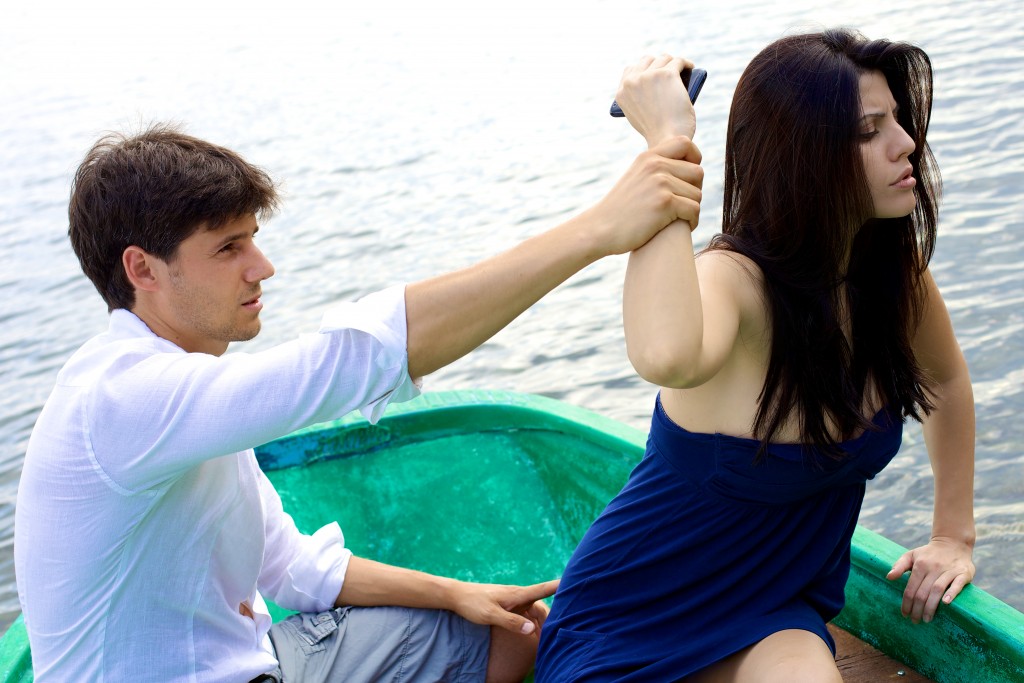 But there’s one problem that almost every relationship has in some degree: Exes.

In an ideal world, your current partner was the “breaker-upper,” he’s so over her, and he hates even the thought of talking to her again.

In the real world, though, things aren’t always so perfect. And one of the worst scenarios is when your guy is still talking to his ex.

It’s a unique woman who can just accept this and move on. More than likely, you feel hurt, betrayed and jealous. But should you? Do you have a right to say something?

Well, maybe and maybe not.

To help you know some good boundaries to lay down where ex-communication is concerned, here are some red flags to make sure and look for.

Signs You Should Be Worried About Their “Communication”

Read through these red flags and keep track of the times you answer “YES” to the questions. The more “YES’s” you have, the more likely it is that his relationship with her could be troublesome for the two of you.

How to Approach the Subject With Him

If you did not answer “YES” to very many of the questions above, relax. Maybe he still talks to her, but he’s still your man.

But if you found yourself saying “Yes, Yes, Yes” to these inquiries, you might want to confront your guy about this.

Here’s how to do it:

Be calm and respectful, and say something like: “I have to admit, it makes me a little jealous because I love you so much. Do you two talk often? I want you to be honest.”

This is not an outrageous thing to be jealous about—it’s his ex after all! – so if he starts to make you feel guilty about inquiring into his communications with her, don’t take the bait!

Ideally, you aren’t speaking with your exes on the side, and you can bring that up here; for example: “I wouldn’t disrespect you like that. He’s not my partner anymore, you are, so he’s out of the picture. I wish you’d give me that respect as well.”

In the end, it comes down to what you want to handle in the relationship. If this guy’s the great man you believe him to be and you have a solid relationship, you’ll both realize you have to compromise. This may mean that you end up realizing you need to relax a little bit, and he may end up realizing that talking to his ex all the time isn’t the best idea for you two.

Whatever you decide, make sure you work it out together as a team. Because your relationship should always come first.