Switch On, Switch Off: Solutions for Becoming an Irresistible Bombshell Overnight 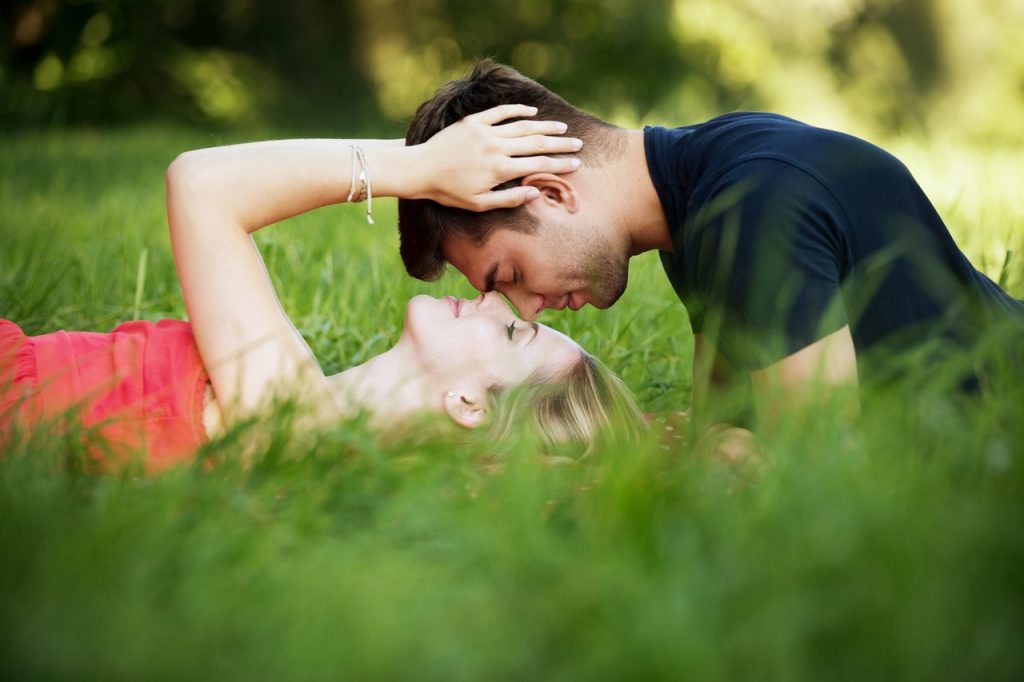 Every woman has that one special man she can’t stop thinking about.

For you, this guy might be your current boyfriend or husband.

Or perhaps it’s a guy you just started seeing … or one who has no idea you’re even into him at all!

Regardless of what your status is, we all have that one object of desire. We think about him all the time. We’re probably even a little obsessed.

And in return … we want him to be obsessed with us.

In short, we want to be his addiction.

Okay, do you have this man in mind?

And … how are things between the two of you?

Does he adore you?

Are you his obsession?

Is he completely and utterly addicted to you?

Because what you need to know is … you can make him become addicted to you.

Just gotta know one essential thing about how men operate.

The Secret to Man’s True Desire

In order to become a man’s obsession … his addiction … you’ve got to know what makes him operate.

And this leads us to one crucial feeling that men are constantly seeking.

No. Seriously. I’m not sure this is fully sinking in.

This One. Feeling. is what Makes. Men. Tick.

Let’s start with a question: Have you ever heard the expression “The thrill of the chase”?

It’s a fairly common one—used to denote the excitement one feels when trying to accomplish something difficult. Notice, however, that the expression doesn’t say “The thrill of the accomplishment.” Rather, the emphasis is on the … well, the hard part: the chase.

This is noteworthy for us why, you ask?

Because it’s exactly the sentiment that applies to men when they’re courting or trying to impress a woman.

It isn’t the success part of the work that gets their motors runnin’. Okay, maybe for a slight moment after a woman finally, finally says that “Yes, I will go on a date with you” or “Yes, I love you too,” the man will feel a warm sense of triumph over his accomplishment.

But it doesn’t last.

And for the most part, it’s still that thrill of the chase, the hunt, the work if you will, that keeps him going, striving, and super interested in whatever woman he’s attempting to, ahem, conquer.

And this can all be narrowed down to one word:

Men want a challenge. Whatever it is, they want to work for it.

Give a man a cushy, respected, well-paying job that he didn’t earn, and he’ll quit.

Give a man an amazing body that is always perfectly toned no matter how much he eats or how much he works out, and he won’t appreciate it. In fact, he’ll probably be annoyed by it.

Give a man a beautiful, slender, hard-working, funny, doting woman who adores him (the “perfect” woman), and he’ll break it off.

No Challenge … No Desire

They’re challenging. And they give him an adrenaline rush.

It’s a hormone that comes about in times of high stress, strain or pressure. For example, when you’re up for a big job promotion that you’re *worried* you won’t get … adrenaline hits.

Or when you’re getting ready to go on a date with someone, but you’re *worried* they won’t like you … adrenaline hits again.

Yeah, you’re gonna have to make him a little worried. More on that later.

Back to the point. If a man isn’t challenged in some way … if he doesn’t have to work hard to achieve something … he could care less.

If your man doesn’t have to work for you … fill in the blank … he could care less.

This is not a position you want to be in.

So, what does this mean?

It means that even if you already adore him and feel a strong pull to dote on him and make courting you suuuper easy on him … STOP. NOW.

Because you’re going to need to keep him “on his toes” in order to keep him addicted to you. Keep him worried. You see, there’s a lightning-fast adrenal buildup that happens every single time a man is doing or thinking / imagining anything that is a super big, stereotypically masculine obsession.

And “getting” a “difficult-to-get” woman … is definitely a masculine obsession.

Don’t worry, this isn’t difficult if you know what to do, and it’s also not a trick. This is actually a mating tradition that’s common in numerous types of animals. Just so happens it’s also a human thing.

So … How Do Women Tap Into This?

We’re already over the first hurdle. You now know that throwing yourself at him and being at his every beck and call is not the way to get him addicted to you.

Now the issue is that many women simply don’t know how to go about harnessing this challenge and adrenaline rush in their men.

It might be easy to assume that all it takes to stimulate a man is to appear sexually attractive, but the truth of the matter is … it takes something much more complicated and thought-out to tap into this reservoir of endless attention that a man gives to his most cherished hobbies (women).

Well … to put it simply, you must learn the little-known ability of keeping a man constantly emotionally wound up.

So now the question is how do you do it?

How to Make Any Man Feel “Challenged”

(and Therefore Obsessed With You)

Don’t lie, but don’t make obviously evident your dearth of date and outing options either.

Instead, make sure you refuse / reschedule his first few ideas for getting together. Or if your boyfriend / husband wants to see a movie this weekend? You can’t, you’re busy. Yes, maybe you’re “busy” cleaning out your closet or going to the mall … but he doesn’t have to know that. You’re just … busy. You have other options; that’s key.

Women understand that men want to feel needed, but keep this in mind: you need to be choosy with how often you need him. Don’t need him for every little thing, or again, it will be too easy for him.

Ask him to reach a box that’s up high every once in a while, but then change your own tire and tell him the story a few days later. He’ll freak and wonder: “Wait a minute, how’d she do that herself? She’s comfortable without me …?”

You love him. Or at least you’re super into him. So naturally, you think loving everything that he does is a good idea.

Not so, darling. In fact, it’s more about having your own hobbies and interests. Again, he’ll be miffed (aka stressed) that you’re so interested in things that have nothing to do with him. This will stress him out … and he’ll feel challenged. See what we’re doing here?

Language is everything. In all of the above tips, you need to use the right language or they won’t work. For example, if you want to reschedule his invitation for a date so that you’re more of a challenge … you can’t just say “Heck no, I’ve got plans! Haha SORRY!”

You need to say something like “Oh shoot, I’d love to, but I have friends from out-of-town coming in. Maybe next week?” It’s short, it reveals that you’re in demand, but it’s friendly too. It shows that you’re still interested in doing something later.

But what is the right language in other situations? Well, remember that the goal is to get him wound up. So, you’ll need some very special phrases. This can be hard. Lots of women have had easy and quick success using Love Commands. These are little, easy-to-remember phrases that you can use with any man, and they seriously work like a charm. Really, no thinking and worrying whether they’ll work or not on your part. Try them!

So if you do all of these things? You’ll start to notice some things …

When he’s around you, his breathing will get a bit faster … you might even see him start to sweat a bit … he’ll begin looking at you more … you’ll actually catch him staring …