13 Easy Things You Can Do to be Romantic 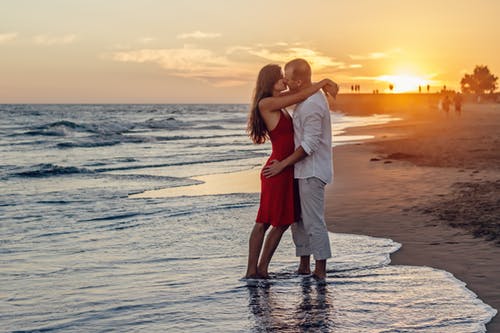 Romance is common in the early stages of a relationship, but quickly fades when the chase is over. It doesn’t take too long before a relationship suffers from a lack a romance. It certainly doesn’t have to be that way. It’s best if it’s not that way! Keeping the romance alive is important in any […]

Are Men More Romantic Than Women?

Are Men More Romantic Than Women? by Michael Fiore Guys often get a bad rap as unromantic sloths who would rather drink beer and watch football than give a woman the attention she deserves… but research suggests that this isn’t the case.   Dr Terri Orbuch, a professor and relationship therapist, recently wrote in the […]

9 Signs He’s Mr. Wrong For You by Claire Casey What if you could accurately predict whether or not the guy you’re dating is a relationship disaster waiting to happen? What are some of the red flags that indicate trouble ahead? Below you’ll find a list you can use to uncover the warning signs that […]