5 Texts You Should Never Send Her

5 Texts You Should Never Send Her 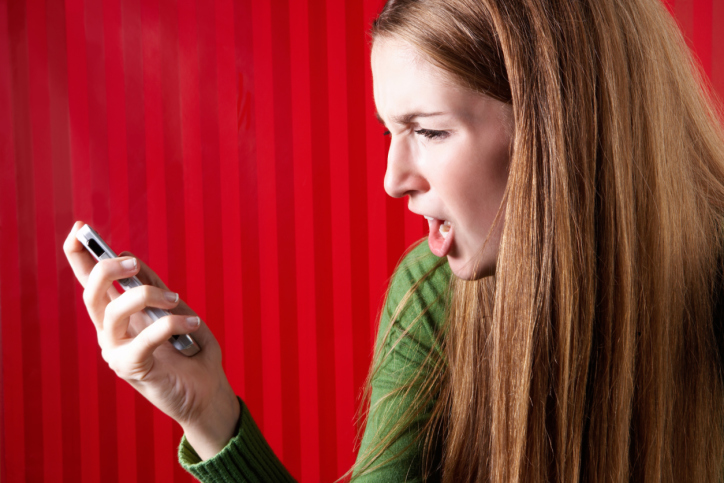 Penis pics may make women cringe, but there are other, less obvious texts she also hates—and chances are, you’re guilty of sending them. “The biggest problem is that you can’t interpret emotion over a text message,” says Carrie McDermott, co-founder of HeTexted.com, a site where women can post confusing texts from men. In other words, you might be thinking, “Totally nailed that convo!” while she’s feverishly forwarding your message to her gal pals. Here’s how to avoid ending up on McDermott’s website—or worse, in the doghouse.

You think you’re being flirty and suggestive, but this screams “lazy” to her. “You should never send a ‘nothing’ text—which is really just a text that demands the person receiving it does all the work,” says Michael Fiore, founder of textyourexback.com. Checking in via text is fine—as long as you make your intentions clear. Your line: “Hey there! Work is crazy today, but I just wanted to say hi!” or “Was just thinking about our ski trip last month. You’re one hell of a snow bunny :)” No extended conversation necessary.

We get it: Emoticons are fun and a little bit ironic. But if a woman takes a risk and says, “I had a great time tonight,” a smiley face is just going to shut her down—not confirm that you agree, says McDermott. Same goes for “K”, “Haha, nice!” or “LOL!”—which really don’t count as responses at all. “We’re not asking for a novel here,” McDermott says. “Just give us a full sentence.” If she says she had fun, simply reply, “I had a really great time, too. Thanks for coming out with me.” Or if she forwards you a funny link, fire off a text that shows you actually read it, like, “That’s hilarious! Totally on point.”

Text from Hell #3: “What do you wanna do tonight?”

This is fine if you’re 5 years into a relationship. But in the early stages, you need to take charge—or at least offer a suggestion or two. “Women want a guy who will invite them on an adventure, not a guy who’s waiting around for them to make a decision,” says Fiore. Even a simple “Italian or Mexican?” will suffice.

Sending this gem the morning after a hookup is the fastest way to mortify a woman. “No girl wants to see the words, ‘I don’t remember much,’ ” says McDermott. “It usually means the guy remembers everything and he’s embarrassed about it. And no woman is going to say, ‘Oh, let me give you an update. You said you liked me.’ ” If you truly regret what happened, that’s a conversation best had face-to-face—or at the very least, over the phone.

Text from Hell #5: “Going out with the guys. See you tomorrow.”

This should score you points—you are, after all, communicating your plans. But unfortunately, the tone of this text does you in. “This says, ‘The guys are more important to me than you are, and you won’t be hearing from me tonight,’ ” says Fiore. The key: Make her feel special when clueing her in. For example, you might say, “Hey, I’m going out with the guys tonight, but I’ll be thinking about you the whole time. Can’t wait to see you tomorrow.” “That way, she knows you’re thinking about her, and also has something to look forward to,” says Fiore.

Now that you’ve discovered 5 types of texts that will get you nowhere, do you want to learn more about how to do texting totally RIGHT?  Click here for the ultimate texting guide for men and women that has sold thousands of copies by best selling author and relationship expert, Michael Fiore.