Textual Healing: 3 Ways To Vastly Improve Your Relationship Through Texting

3 Ways To Vastly Improve Your Relationship Through Texting 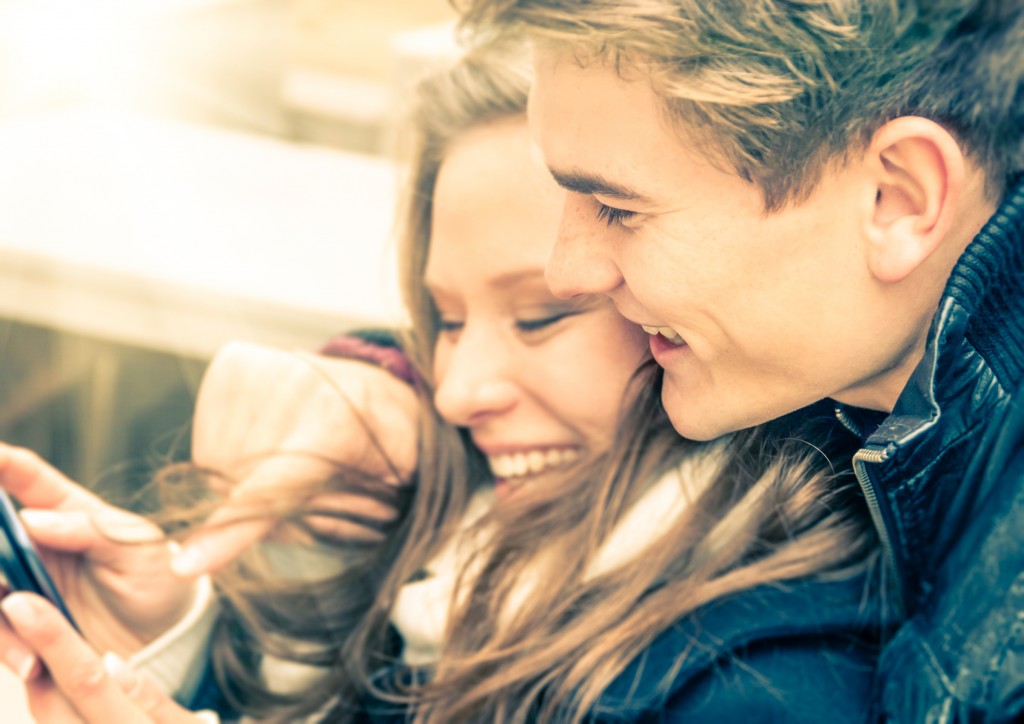 I’ll admit it.  I’m not a huge fan of texting.  Does this put me in some sort of modern day dog house? I shudder at the thought of being judged by a tween with the text typing speed of 500 words per minute (have you ever seen them type?…wow!) but that still won’t make me like texting any more. However, despite my aversion to it, I do love texting my boyfriend.  Maybe I’m not in the dog house permanently after all.  Hmmm.

I’ve been reading a lot of research on text messaging in relationships lately and have come across some very interesting information that may come as a bit of a surprise to some.  I know that some of it, I did not expect.  What I do know is that texting has definitely brought an added element that has very much bonded me and my boyfriend in our relationship, and I wanted to know why the experts thought that was so.

In the spirit of keeping it simple, I have compiled a list of the 3 greatest takeaways that I found in doing my research on the effects of text messaging on relationships.

You wouldn’t use a Post-it to break up with someone, would you? I’m sure that anyone who has an ounce of maturity in them knows that some things in relationships require face to face contact.  Break-ups are one of them.  Same goes for serious conversations and arguments.  Text messages are not the place to carry on these kinds of conversations.

In a study done by researchers at Brigham Young University, both men and women said that when they received texts expressing affection, it enhanced their relationship.  So, if people text to express affection, they help increase attachment, which in turn improves relationship stability and satisfaction.

However, they also concluded that a text which is argumentative or hurtful was bound to have a negative impact on the recipient. For example, women reported that when texts were used to offer apologies, make decisions or resolve differences, it reflected less attachment, stability and happiness in the relationship.

Key Takeway: Do your arguing in person where there is less of a chance of misinterpretation.  Use texts, even short ones, to express your affection and love for your partner to strengthen your bond.

2. Men and Women Use Texting Differently

I remember having a conversation with a male friend a while back in which he was singing the praises of text messaging.   I looked at him kind of perplexed until he explained to me that it saved him from having long, drawn out phone conversations that he would rather have had in person.  Then he looked at me kind of perplexed and said, “Don’t you know that men HATE talking on the phone?” Okay, I got it.  I’m not big on the phone either so I understood.

Michael Fiore, relationship expert and author of “Text the Romance Back” and “Text Your Ex Back” explains:  “The fact of the matter is most men are absolutely ADDICTED to their cell phones. (If youʼve ever tried to have a serious conversation at the dinner table while your man is surﬁng the web on his phone, you already know this.)  Texting lets you do a little bit of ‘relationship judo’ and get him to communicate with you without ever coming across as nagging or unreasonable at all.”  That sounds like a win-win to me!

Okay, so now that we know that both parties are probably quite receptive to communicating via text, one very important distinction to keep in mind is that men and women differ in the style and frequency with which they like to send and receive texts.

Fiore points out that men respond more to visual stimuli and are not as emotionally complex as women.  Men are also a lot more blunt in their communication. That’s why it shouldn’t be surprising when men operate in one or two word texts, as frustrating as it may feel to you.

Another difference to keep in mind is that the level of happiness that men and women report varies according to how often they send and receive texts. For men,  too frequent texting was associated with lower relationship quality.  Alternatively, the more that women text in their relationships, the happier they tend to be. (Source: Psychology Today)

Key Takeaway: First of all, don’t take everything personally.  Just because you wrote your sweetie a 5 page text and they responded with a “Yeah.” or “Okay.”, it doesn’t mean you should start questioning the state of your relationship.  Try to keep things in perspective by considering how they usually respond, and understand that they may not use texts in exactly the same way you do.

And yes, that also means that if you text them 10 times a day and they only respond twice, it might be time to think about boundaries with your texting.   A large part of what brings happiness in relationships is in how well we put forth efforts to foster communication and understanding.  Try your best to be in tune with your partner’s personal style and to respect it, even if it’s not how you function.  When your styles are different, the middle ground is where respect and happiness live.

How many times have you written something on your Facebook page and somebody got their knickers in a knot because they entirely twisted your comment into something that it wasn’t?  I’ll bet it’s happened more than once.  Perhaps they’re just a hyper-sensitive person, but it’s important to remember that thoughts expressed in text format can easily be misinterpreted because when reading text, we lack non-verbal language cues from the other person in order to help us understand their tone.  Makes sense then that we can easily misinterpret what the other person means if we don’t have that important information to go on, right?

Now magnify that by a whole lot when throwing romantic feelings for a love partner in the mix.  It sounds like a perfect storm for a HUGE misunderstanding, doesn’t it?   Well, it definitely can be.

So how can we avoid misunderstandings? We politely and non-aggressively ask for clarity.  Further, when the subject that you and your partner are texting about is important or could possibly take a negative turn, it might be a good idea to move to a verbal conversation, preferably in person.

Key Takeaway:  If you’re not sure what your partner’s meaning or intention is with the text they have sent you, it’s best to take a minute to breathe, relax, and not overreact or over-analyze before you text back.  If you’re texting about a subject that is important and/or could cause a major rift between you, stop texting and start talking.

Texting has solidified itself as a major communication tool between couples in today’s relationships.  Whereas in the past, lovers used to put pen to paper to express their feelings to their beloved, we now text our emotions in this digital world. There is no doubt that the benefits of texting far outweigh the negatives as long as it’s used properly in the relationship as an enhancement tool.  In fact, when done right, texting can bring couples a greater sense of togetherness and connectedness than ever before.

By the way, I referenced Michael Fiore above because he is a texting PRO who has written guides on how to use tiny little text messages to bring the spark and electricity back into your relationship.  He’s a true superstar expert on this subject and has been invited by countless media outlets to talk about his Text The Romance Back program, including The Rachael Ray Show.  A LOT of people in the LSI community have picked these programs up and truly LOVE them.  If you’re interested in checking out his awesome programs to make them work for you, just follow the links below:

Text The Romance Back

Text Your Ex Back