The #1 DIRTY SECRET That Men are Keeping from You

The #1 DIRTY SECRET That Men are Keeping from You 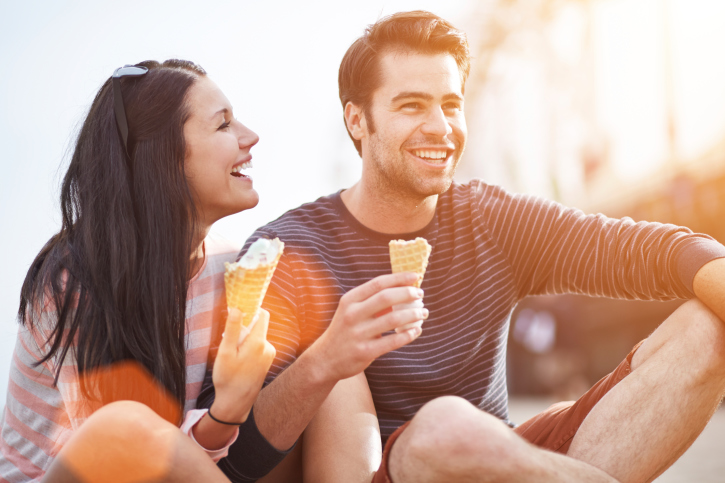 There is no shortage of conversations in which women attempt to determine what it takes to win the heart of a man. There are numerous postulations that suggest that outer beauty is the key, and of course, there is the old adage: A way to a man’s heart is through his stomach.

While women, and experts alike, weigh in on the topic, it would do well to understand that dealing with men is much different than dealing with your girlfriend. Women are more complex and multilayered than men. At the end of the day, men are immensely simple, and easy to understand. There is one little dirty secret that men hide well, and that is the fact that more than anything, they want a woman who understands them — a woman that has the ability to communicate at the highest level with them.

At the core of what a man seeks from a woman is affirmation. A woman affirms her man in her speech, her response to his touch, and her ability to relate to who he is. In essence, in every form of communication, she is a constant reminder of who he is — one of the greatest sources of his confidence.

It is important to understand that communication is key here. While it is true that men are visual, far too much emphasis and gravity is placed on the visual components of a relationship. Yes, in the short-term, aesthetics have a place; however, aesthetics are not static, meaning that looks change with age.

This means that you cannot build a long-term relationship on something that is consistently changing. While your looks may capture his attention, it will be your ability to communicate with him in a manner that ensures him that you understand him, and that you will always have his back that will hold him.

According to relationship expert, Bree Maresca-Kramer, clear and open communication from a woman is immensely important to a man when he is determining the potential for a long-term relationship. As a general rule, men are not great communicators, especially when being compared to women. This means that a woman who is not concise and direct in her communication can confuse and frustrate her man to no end. Say what you mean and mean what you say, while leaving out all of the extras. Save the esoteric and convoluted conversation for the girls.

It is important to understand that a man’s need for direct communication is not indicative of any type of intellectual challenge, he is simply wired differently, so he responds to a certain type of communication.  This is vital because if direct communication from you is accompanied by a condescending tone, it will definitely not produce the results you are looking for. There is absolutely nothing a man hates more than being disrespected, and a condescending attitude will be perceived as disrespect.

Women are very intuitive — possessing an extraordinary sense of discernment. This is why women have no problem attempting to read situations and decipher codes; however, men don’t want to decipher anything. They want explicit details that are clear and concise. The extras are not necessary.

If a man loves you, he instinctively wants to make you happy, and when he fails in this category, it is not due to a lack of desire and effort, but most likely a failure in communication. When he knows specifically what is expected, he will deliver, or go to the end of the world in his attempts to do so.

Here’s what you can do to help facilitate the process:  To help him open up to you, so that he feels an overwhelming desire to be 100% open and honest with you, you need to communicate with him effectively.  Not just today, or for the next month, but ALWAYS.

Let me share with you the “magic words” that make it easy for you to get even the most “closed-off” guy to want to share his deepest desires, thoughts, and his life with you… You can get them by clicking HERE.