The One Secret Text Message That He’s Dying to Hear 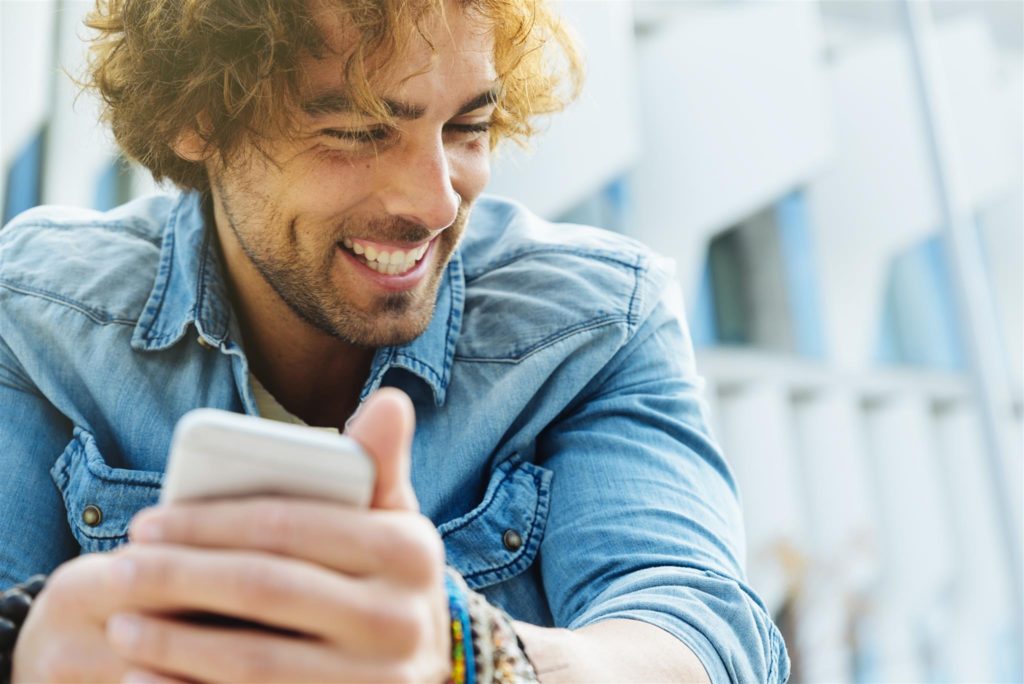 Do you want to learn the one secret text message that almost every man needs to hear? Once you send a text like this, don’t be surprised if he comes crawling back to you for more and more…

It’s something that a man desires more than anything else in the world and almost no women really know about it. Do you know what kind of text message it is?

I call it the “Respect” text message.

So, here’s the deal. The misconception is this: most women think that the only thing men want is sex. While this is true to a certain extent, that’s not exactly what he CRAVES in the long term. Sex is a transient experience…

But respect? It has the ability to last forever in a relationship or marriage.

So, before you text your man something… consider texting him something that shows you give him the kind of respect he deserves.

Here are a few examples…

Or you could text him something like, “I know I don’t say this enough to you, I appreciate how sexy you are… please don’t stop!”

These two examples sound pretty tame and innocuous to women, but in a man’s world, this is EXACTLY the type of thing he craves… more than anything else! And think to yourself – when was the last time you sent your man this kind of text message? I bet it’s been awhile… if at all!

Here are a few other text messages that you ABSOLUTELY must try with the man that you’re with (or trying to be with). I call this text the “Imagine Text” …

You could try and say something like, “I always used to imagine what kind of ideal man I’d want to be with… and you have so many of those qualities!”

“I’ve always fantasized about the type of man that I’d be with when I was a little girl… and definitely, you share a ton of the qualities I’ve thought about!”

If you send this to a man at the right time, don’t be surprised if he begins chasing after you harder than before. Don’t be shocked if he begins calling you, texting you, and wanting to be with you more and more.

Because you’ve given him something that the vast majority of women don’t give him. And it’s this respect dynamic that he’ll become psychologically addicted to you… and once he becomes addicted to you, you’ll be the only woman in the world that he becomes drawn to. This is how you fuel his desire to be committed and devoted to you like no other. Don’t believe me? Then you obviously haven’t tried sending a man these kinds of text messages.

At the end of the day, this idea that respect is the most important part of a relationship is absolutely one of the most crucial ideas in a relationship. Whether you’re in a marriage or you’ve just started dating, respecting your spouse is one of the keys to a longer lasting and happy relationship… and science has totally backed up that claim!

And the thing is… texting is one of the most powerful ways you can convey your man that you respect him. It’s simple, easy, and it barely takes any time to do. So, if you want to learn MORE ways you can make a man feel an undying love and devotion for you… then I encourage you to watch this free ‘how to’ guide on text messaging by my friend Amy North. 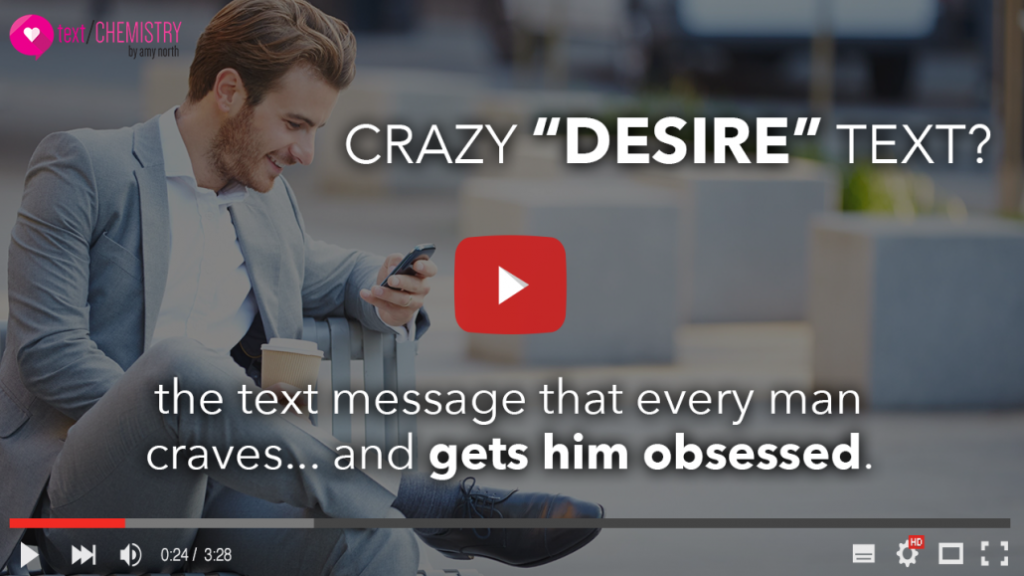 In it, you will learn the secret text message that makes a man feel a level of commitment to you like no other. Again, click here to watch this video – I promise that you won’t regret it!

In case you don’t know, Amy North is one of YouTube’s top relationship experts. Her channel has now over 400,000 subscribers and she releases some of the most ground-breaking relationship advice content on the internet.

And she’s been doing this for about 8 years… so she knows her stuff!

So do yourself a huge favor and watch that short video RIGHT NOW and really pump up your texting game. You and your man will be better off for it!