The Secret to Keeping a Man

The Secret to Keeping a Man:

Forget the Future, Enjoy the Present 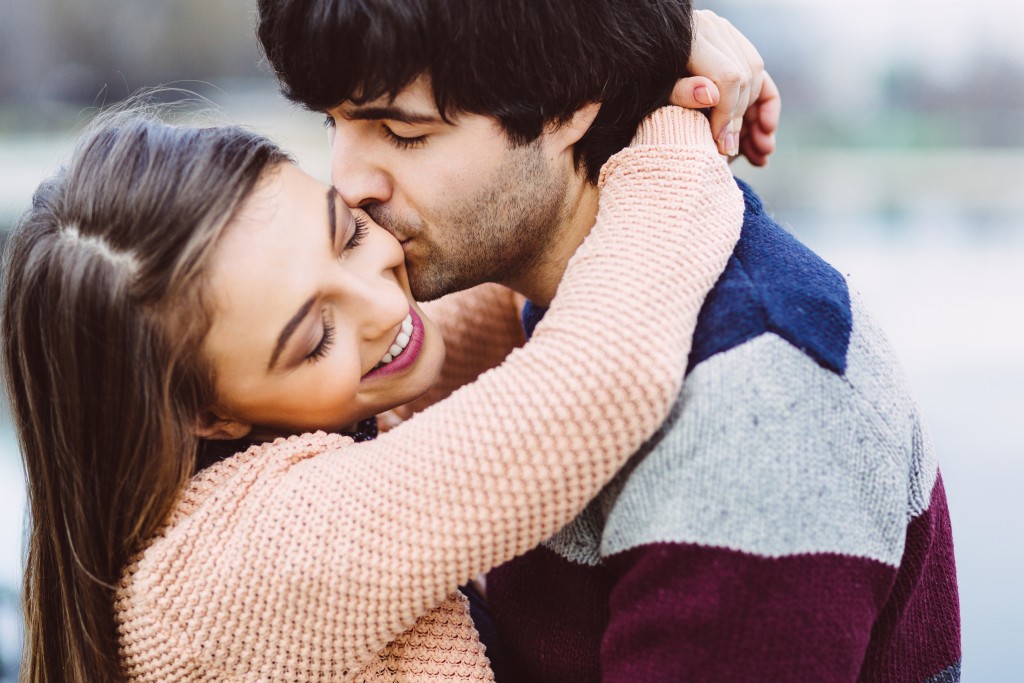 You ever start dating a guy and immediately, you’re walking on eggshells?

It’s not that he’s a bad guy or that he’s being inconsistent with you.

It’s just that, for the first time in a long time, you’re EXCITED about a man.

And because this feeling occurs so infrequently, it’s really got you in a tailspin.

Even though you like your new guy as much as anyone in recent memory, even though things have been nothing short of perfect for these first two weeks, you feel a pit of dread in your stomach.

“What’s going to go wrong here?”
“When is the other shoe going to drop?”
“I hope he’s serious about a long-term relationship.”

And, most of all:

“I don’t want to waste my time on the wrong man ever again.”

Hey, I don’t blame you for a second for feeling all of those things. No woman over the age of 20 should assume that every man is solid, stable, and relationship-oriented. Naturally, you want to minimize your chances of getting hurt.

But what is the RESULT of this fearful, walking-on-eggshells mindset?

You start to obsess when he doesn’t call.

You ask your friends what it “means” when he says, “I’ll see you later.”
You tense up. You lose sleep. You become uptight.

You want to be loved SO badly, but you’re SO afraid of getting hurt that you’ve turned yourself into a shell of your best self.

Are you more attractive when you’re confident and loose or insecure and uptight?

Are you more attractive when you assume your man adores you or when you live in fear that he might bail like all the rest?

Are you more attractive when you’re focused on enjoying the present or obsessing about what might happen in the future?

I think the answer’s obvious.

Living in the present is the most effective way to make a man fall in love with you.

This is a core principle about men that I discuss in by book, “Why He Disappeared”. Its power comes from its simplicity: “Men do what they want to do.”

If we want to call you, we’ll call you.

If we want to take down our profiles and commit, we’ll do it.

Which is why, when you want to know what you should do about the guy who makes you weak in the knees, the answer couldn’t be more simple: NOTHING!!!

“Doing something” means you’re trying to keep your emotional tether alive, to nudge him into calling you, seeing you, committing to you.
But the great thing about men is this: We don’t need to be nudged!

So when it’s been 10 hours and you haven’t gotten a reply to his text, you let it go.

When it’s Thursday night and he hasn’t called to see you on Saturday, you let it go.

It’s three weeks into dating and his profile’s up, you let it go.

Why? Wouldn’t it make more sense to call him, text him, and see him so he doesn’t lose interest in you?

“Nudging” a man to take action only lets him know that he’s in control, you’re desperate and needy, and that you don’t trust that he knows what’s good for him.

The truth is, if you’re the right woman for him, you don’t NEED to nudge him.

Remember what it’s like when a guy’s excited about you?

He calls, he follows through, he’s thoughtful, he’s chivalrous, he’s gentlemanly, he WANTS a commitment with you.

But sometimes it takes a few weeks for us to figure all of that out for ourselves.

Anything you do to amp up the pressure for him to make a decision is just going to drive him away – the exact OPPOSITE reaction you want from your man.

But that leaves you with the same burning question: “What should I DO, Evan?”

The answer couldn’t be simpler:

Make your PRESENT so amazing that he WANTS to have a FUTURE with you.

It’s not about finding out in week 1 whether he wants to live in the city or the country, or hoping he says “I love you” by week 4.

Those are things you’ll deal with later.

For now, just have fun.

Laugh. Say yes. Be easygoing. Smile. Fool around. Enjoy the moment.
You never have more leverage over a man than when he’s CHOSEN you on his own accord, when he’s EMOTIONALLY INVESTED in you because he FEELS so happy every time he’s around you.

And if he’s receiving texts that say, “Where are you?!” or late night calls that plead, “Where is this going?”, you’re not making him feel too good in the present.

My wife was ALWAYS in the present and that’s why she’s my wife. Because she enhances my life and doesn’t provide emotional drama when it’s unnecessary.

Since your man CAN’T know after a few weeks whether you’re “the one”, just relax and enjoy the ride. The RIGHT guy steps up to the plate and commits to you in the first couple of months. The WRONG guy never escalates his efforts and keeps you as a once-a-week option indefinitely.

Because that’s what he WANTS to do.

Thus, it’s really easy to tell the difference between a man who’s serious and a man who’s wasting your time, so you don’t invest more than 8 weeks in a dead-end relationship.

But in order to get ANY relationship off the ground, you HAVE to put off all fears, all nudging, and all thoughts of your future and just ENJOY the present.

The right guy knows what to do next. I promise.

If that powerful bit of advice makes sense but you find it hard to implement, I highly recommend that you check out my book, “Why He Disappeared: The Smart, Strong, Successful Woman’s Guide to Understanding Men and Keeping the Right One Hooked Forever”.

Soon, you’ll be able to distinguish good men from bad men, see what you’ve been doing wrong your entire life, and have all the tools to create the kind of relationship you’ve always dreamed about.