The Top 13 Things All Couples Fight About

Which of these do you fight about? 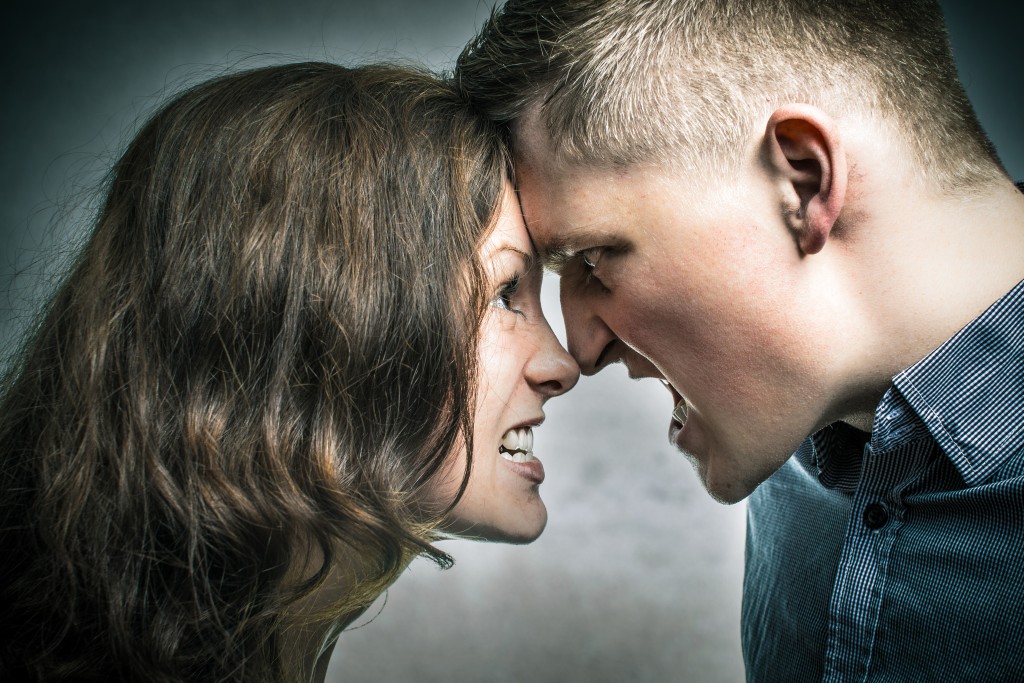 Whether you’ve been in a relationship for years or you’re just starting out, fights are going to happen. It might be tempting to fantasize about a relationship where everything is hunky-dory 24/7, but we’re here to tell ya, it ain’t gonna happen.

Want to know if the fights you’re having are similar to the ones all other couples around the world are probably having? Without further ado, here are the top 13 things that all couples fight about the most.

“Did you just look at that waitress’s butt?”

“Why is someone named Kevin calling you?”

These, my friends, are the questions that start jealousy-related fights.

Kids are your mutual responsibility, but that doesn’t mean you’ll both be on the same page when it comes to raising them. From curfew times to discipline measures, fights about children are common.

You’re voting Republican, and they’re a Democrat. Is that okay? Probably most of the time, but watch out come election time. Things might change.

Can a relationship work when one is Jewish and the other is Catholic? That depends on how respectful both of you are of each other’s religions and how much you’re willing to compromise.

Sex is certainly the most intimate part of any relationship. And it’s great. But not every couples sees eye to eye on when to start having it, how often to do it, and what the level of intensity should be.

Some of the most explosive fights happen after communication has been lacking or on complete lockdown for a while. If you’re bad at communicating, that doesn’t mean that things won’t eventually come out at one time or another. And it might not be pretty when they finally do.

Sure, everyone loves vacation! But where will you go? How will you get there? How much money should you spend? Maybe a vacation isn’t such a great idea after all…

Whether it’s one person staying too late and over-working or the other not pulling their weight with the income, work fights will always be a source of stress for couples.

Staying at your in-laws? Trying to decide who to visit and when over the holidays? Get ready for a bumpy ride.

According to him, forks should be facing up in the dishwasher for obvious reasons, and according to her, his so-called “vacuuming skills” need some major work. These are your typical housework fight-starters.

When you’re part of a couple, me time is much less of a thing. You’ve got to have boundaries here, and you’ve got to respect the other person’s boundaries as well. This isn’t always easy.

Sometimes—and more often than not—fights are about … nothing. Rather, they’re about one or both parties being particularly anxious or stressed about something completely unrelated. And at this point, it’s important to remember that your partner should be there to help relieve that stress—not make it worse.

Fights often happen because of speech and body language patterns that you and your partner have developed as self-preservation mechanisms. After all, it’s natural to tense up and become defensive and angry when someone is challenging you and your beliefs.

But if you really want to avoid serious fights in the future, aim to always use kind speech with an emphasis on “I” phrases instead of those that are accusatory. Trying to always take the high road when in a discussion with your partner will definitely lead to less serious fights and a better overall relationship.