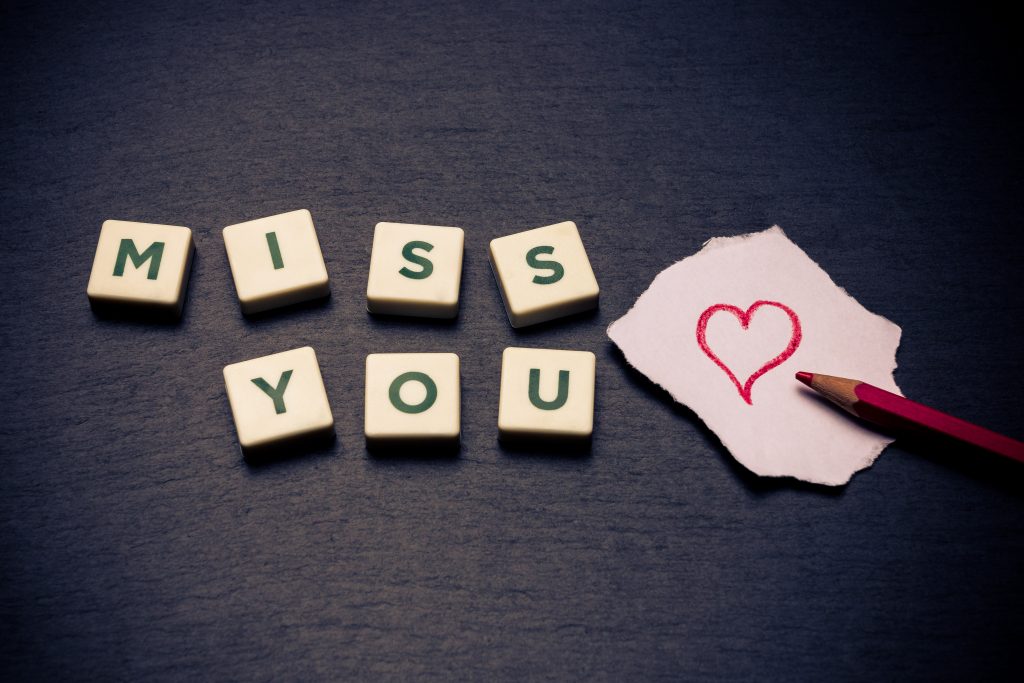 Going on a business trip away from your guy for days or weeks?

Or maybe you’re just at work for a long 8-hour day and won’t see your man till you get home late tonight.

Maybe you’re not even dating right now, but you’re co-workers, and you two have the most amazing chemistry and [sigh] it’s the weekend, so you won’t see each other.

You’ll notice in all these scenarios that you’re apart from each other. Likely … you’re still thinking about him though, right?

You think about his eyes, his hair, the way he touches the small of your back, the way his beard stubble feels on your cheek, or the way he smells …

But the question is: What’s he thinking about you?

Well, we asked. And we received.

Behold the top 10 things that drive him crazy about you … that keep him hooked on you … when you’re not around.

Pheromones are chemicals that everyone releases, and even though you can’t actually smell them particularly, they affect the behavior of others.

When men live alone, they tend to be a bit messier than when they live with women. When you walk into a single guy’s dwelling, you can tell instantly, and so can he.

But when he truly cares about you, he loves to see reminders of you everywhere. Even if it’s in the form of endless bobby pins and hair care products.

“The way to a man’s heart is through his stomach.”

Ever heard that song? “The way you do the things you do” is a 1965 hit by The Temptations.

Men do things one way and women another. For example, washing dishes. Maybe you stack them a certain way on the drying rack. Or making the bed. You always add that accent pillow and smooth the bedspread.

These little things don’t go unnoticed by him.

No, literally. Strands of your hair. Men have to deal with it all the time … on the floor, on their pillow, in the drain. And you might hear them moaning and groaning about it.

But the reality? They love it. The love knowing that they have a woman to themselves, in their presence, in their home. And seeing your beautiful hair in random places is just a reminder.

6) Your sweet words when he’s down.

Men act tough, but they get down and depressed just like women. Thing is, they don’t talk about it quite as much as women do.

But this doesn’t mean they don’t want to, and when you’re not there to ask them what’s wrong, talk out issues with them and give them a warm hug and some consoling words, they miss it.

Women have “The Touch.” Where men tend to be rough and groping, women naturally have a softer touch, and of course, their hands are just softer too.

(Yes, even if you don’t use lotion and complain that your hands are always dry, you still have softer hands than he does!).

Again, this is something that men like to complain about, but really, they like it. Think about what topics you really don’t have an opinion about.

9) Your lean and snuggle.

Ever just fall into the crook of his arm? Put your head on his chest? Use him as something to lean on? Well, he loves that.

Like pheromones, this one’s scientific. Men tend to like women with higher voices. This is related to high levels of estrogen, a hormone that is dominant in women. But any female voice can be attractive to a man, and the attraction is especially prevalent when he’s linked the voice in his mind with positive, romantic feelings.

With this knowledge in toe, if you’re not currently together with this man who might be missing these things about you … consider using this information to your advantage.

After all, some things can lure a man back if you two have strayed apart. That is, if you want him back 😉

And if you’re together with your man but some distance has come between you for whatever reason, this list should just make you happy. You’ll know that these things are the things about you are always on his mind.