Want Him to Commit to You? Retaining Your Independence and Being His Support System Are Key 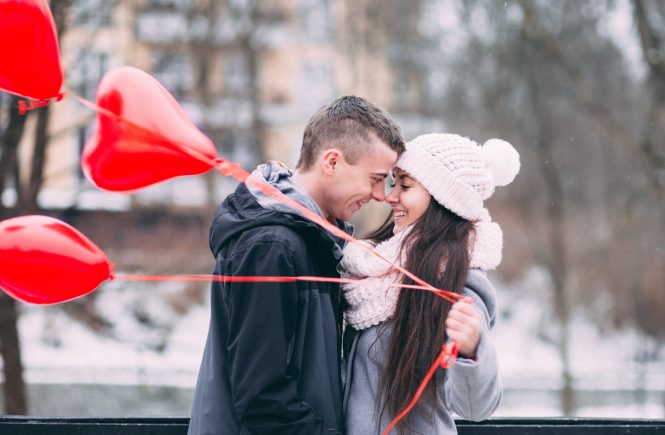 When it comes to getting a man to commit, it’s important to know where to start.

Since you can’t force a relationship, it’s key that he feels a desire to be with you. In other words, he needs to believe that his life is greater with you in it.

That said, you can’t push or pressure him to be with you. If you do, he’ll only pull away.

To kickstart a commitment with your man, try these tips on for size.

As much as guys like to be in control, they don’t want to have to call the shots for you, too. Instead of counting on him to decide on your dinner plans or weigh in on your outfit options, do it yourself!

Men find indecisiveness draining, so if you want to keep him coming back for more it’s crucial that you learn how to be independent and have options of your own.

Do the little things.

As manly as he may seem, he still likes to be taken care of. To show you guy that life’s better with you in it be the one who goes the extra mile to make him smile.

While it’s one thing to tell him that you appreciate him, as the old saying goes, “actions speak louder than words.” Something as simple as surprising him with a nice home-cooked meal or a case of his favorite beer can do wonders for your relationship.

For more ideas on how to make him commit click here and watch my video.

Keep living your own life.

It’s tough not to get swept up in romance, but if you want to make you guy commit to you it’s important that you have a life without him.

Sure, it may be great spending all of your free time with him, but if you push your life to the side for him he’ll see how easily he has you.

On the other hand, if you make him work for your time by keeping busy with friends, family and other hobbies he’ll not only want to see you more, but he’ll even miss you when you’re not around.

Be willing to try new things.

Whether it’s a foreign cuisine or a kinky sex position, being open and willing to try new things with your man is important, especially when it comes to getting him to commit.

Since most men are adventurous at heart, keeping your relationship exciting and new will prevent him from feeling bored or looking elsewhere for love.

When a man knows he can rely on you he’ll feel a connection to you like no other. Thus, if you want him to commit to a relationship, you need to be the one he can count on.

To show him this it’s important that you’re a woman of your word. Meaning, if you say you’re going to do something, do it. When he knows he can depend on you to follow through he’ll feel secure with you.

It’s also important that you have an open ear, and be the person he can talk to about anything and everything. When he does share his hopes and dreams with you encourage him to chase them. Never tell him that something is out of his reach, but rather be his biggest fan.

For more tips on how to make your man commit to you click the link below and watch my video: