What Happy Couples Talk About

Wondering What Happy Couples Talk About? THIS Is It. 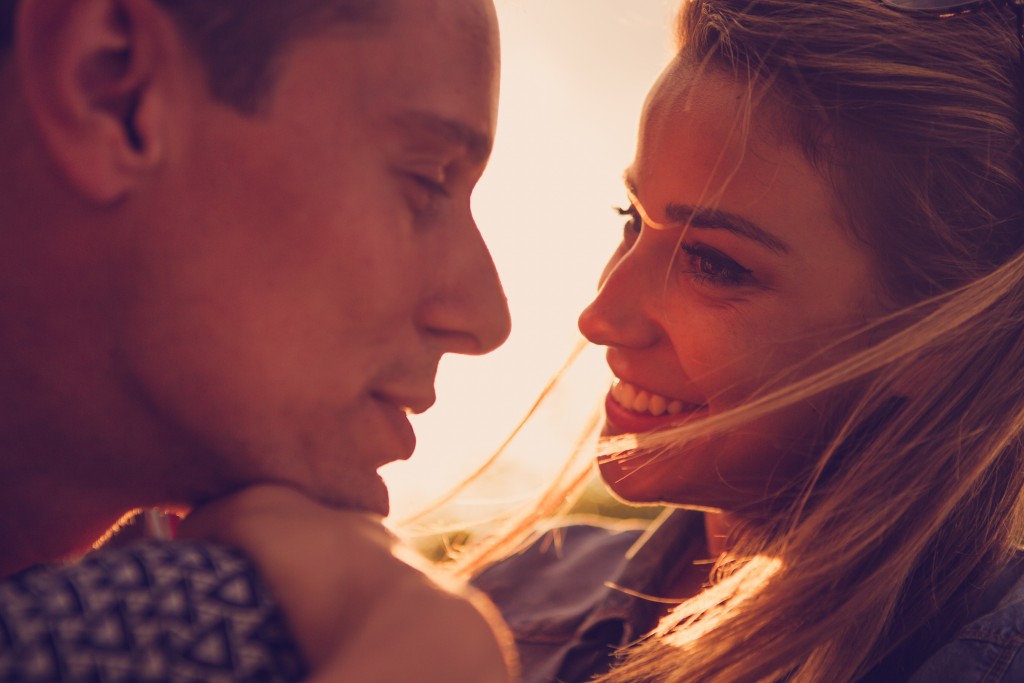 This is something that I’m sure happens to everyone at some point or another.

The dreaded date-from-hell that’s’ about as interesting as sitting in an office staring at fluorescent bulbs for a few hours.

You know the kind of date I’m talking about – where the only fire is coming from the candle, the only spark is coming from the spark plug in the car, and you reach a point where you say to yourself, “If this guy asks me one more boring question about where I’m from I’m going to scream.”

Dates like that could put the sleeping pill industry out of business.  Just go on one of those dates and your insomnia is instantly cured.

However – it doesn’t have to be like that. You can rescue a boring date – or never have one in the first place – by doing one simple thing: talking about the important stuff that actually matters to you.

Here are some tips that will start you off with a bang and finish with a lasting impression.

Starting off on the Right Foot

At the beginning of the date, you’ve got to ease into things and establish trust and ease.  It doesn’t have to be boring, but you have to take care of the easy, level one stuff, like what’s been going on that day or a funny story that happened to you.

But if you want to take the date to the next level, you have to move onto the interesting stuff. The stuff that captivates your attention.

The stuff that happy couples talk about.

(Note – don’t try to jump into the REALLY heavy stuff, like a death in the family or where they stand on having kids. Eek! That’s stuff you get into later.)

Instead, try starting off with something really juicy – what your childhoods were like. The truth is we’d all like to get back to being more like the person we were as a child – and if you can allow them to tap into that, you can learn a lot about who they really are and what really makes them happy.

When you tell your date about a person that you find inspiring – a person you think is a hero – it clues them into what your values are. Plus, it encourages them to do the same and offer up their heroes – so that you know what’s important to them and what they care deeply about.

Many controversial issues are directly tied to who we are as people but stirring up controversy is probably something you want to avoid early on when you’re getting to know someone.

Try to stay away from an in depth talk about politics – you might wind up in a full-blown argument with each other.  Instead – just get a general sense of where he’s at politically to see if your views are compatible.

You don’t want to discover down the line that he’s a hardline Marxist while you believe strongly in the free market – so get enough of a sense to know that you’re at least in the same ballpark as each other, then leave things be for now.

One of the most important ways to get a sense of his values and what’s important to him is to talk about his family. Does he get along with everyone? Does he have any siblings – and if so, are they older or younger? Did he fight with them? These are the people who formed him in his life, who shaped him since he was a small child – it’s good to get a sense of how he thinks of them.

When a happy couple communicates with each other – they try to make sure that the other person feels understood. When one person says something, the other person will repeat it back in their own words.

It’s such a great way to create trust, intimacy, connection and respect between people – because it makes sure everyone always feels heard and understood. If you don’t understand what he said, you can ask him what he meant by that, and tell him that you see it’s important to him and you want to make sure you understand it.  He’ll appreciate the fact that you cared enough to ask.

Where You Should Focus

A great topic that never goes out of style is recent things that have gone right for either of you. If you’ve got something to celebrate, or he does, go ahead and celebrate!  Celebrations bring people closer together. Raise your glass and clink with him.  This also creates connection.

Finally, if you want to really get to know each other, talk about the future you’d love to see. This is called “co-visioning” and it brings you closer quickly.  Talk about what inspires you in life – whether it’s travel, work, lifestyle, anything. Talk about the life you want to live, and start to dream about what kind of life you can live together.  The imagination is a powerful connector.

These are some of the things that the happiest couples in the world talk about – and right from the beginning.  Of course, you can’t create a happy couple just by knowing what to talk about.

To be TRULY happy – you have to be perfectly paired to each other. He has to see you as his soul mate, and you have to see him as yours.

You’re going to need something powerful. That’s why I have a question for you:

Have you ever heard of “Love Words?”

… because they trigger a biological process in his brain that makes him see you as the “one.”

He will see you as his soul mate – the one he wants to be with forever!

And once you do, innocently whisper these secret words into a man’s ear and sit back and watch as he completely changes his tune and sees you in a completely new and exciting way…

He’ll feel love expanding through his mind, body and soul as he’s drenched with a strong feeling of desire, loyalty and the knowledge that he wants to devote himself to you forever.

Try them out for yourself and discover them here.