Why His Past Won’t Allow Him to Commit to You 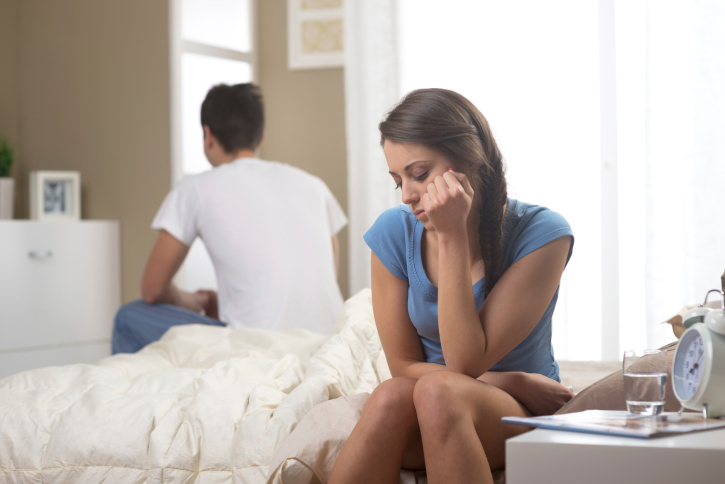 Ah the past. Always comes back to haunt ya, doesn’t it?

Well it comes back to haunt men too, and it can stop them from moving forward just like it stops us.

Many men have a problem committing, and this is true even if when he’s actually devoted entirely to you. In this way, it usually takes the form of wanting to commit … but being unable to go through with it.

In other words, he’s fully in love with you. You’re the one. But he’s got issues.

Could be any one of us!

To really know what’s going on with him though, let’s stand back and take a look at the exact ways that the pasts of men can stop them from moving forward with you, their lovely, devoted partners. Because the haunting past can take many forms, and for this thing to work in the end, you need to know what you’re dealing with.

We’ll tell you how to fix these issues as well if you just keep reading till the end!

How Is the Past Holding Him Back?

There are four main ways in which his past might be holding him back from committing.

This is the classic “I’ve been hurt before” scenario, and if it’s happened to your guy, you probably already know about it, although you may not have been linked in to all of the details. Generally, it’s an ex who left him at the altar or broke his heart in some other abrupt and cold way.

This one can be linked with number one. It’s sort of like “missing out syndrome.” He’s worried that he messed up with another woman, and even though he doesn’t want to be with her and he wants to be with you, he just can’t seem to get over her and forget her completely.

This one might not be related to romance at all. In fact, it might be about a rough past with his career, money, drugs, crime, a difficult family or something else.

Not everyone continues on in these lifestyles. Many individuals start out there and make permanent, good changes to their lives. With that being said, it can still be hard for those individuals to forget their seedy pasts and not be nervous about moving forward.

Alright, this one’s different than number one and number two, because he’s totally over this woman (doesn’t care a lick about her), but the end of the relationship was completely his fault in some way.

He’s not the hurt little fawn in this scenario. He screwed up, and he retains the shame and anxiety of having done that, so he’s got cold feet about you because he’s scared that he’ll do it again.

How to Deal With a Man Who Won’t Commit

Ok the words “deal with” may be a bit harsh. You’re not “dealing with” your sweetheart. You’re helping him see why his past doesn’t have to ruin the future for the two of you.

Men who won’t commit tend to act distant at times. They pull away and disappear when you mention things like moving in together, getting married, having kids … So they condition you not to mention those things. But it’s something that looms heavy for you, naturally, and you’re wondering how you can ever move forward with him.

“Is something wrong with me?”

“Does he not love me like he says he does?”

These are the questions that worry you day and night.

The good news with all of this is that when a man’s past is holding him back, it’s his present that can fix all of that, and you play the vital role.

Start by doing the following:

Yes, talk about it. You have to find a way. We’re not into forcing here, but … you need to make him tell you about whatever it is that’s bugging him. It might be a slow progression, so give it time.

Now it’s time to make him know that you care. He needs reassurance, and it’s you who needs to give it. If he’s worried about being dumped, tell him that won’t happen. If he’s embarrassed about a sordid past, tell him it’s okay.

Finally, explain to him exactly what you’re asking from him in this relationship. Word for word, tell him what you want even if he doesn’t say he wants the same things.

Now, if you’re reading these three things and saying to yourself “Easier said than done,” we know, we know.

Make him bring up his past? Good luck, right?

Reassure him when you’re not reassured and divulging what you want? Talk about going out on a limb …

Ok. This is where Why Men Pull Away can save you.

Because in order to do these three things, you’re going to need some help. Why Men Pull Away is a guide that helps you understand why you’re feeling rejected and confused right now because of your man’s odd behavior and actions.

You know that something in his past has been holding him back from committing to you, but why? And can you stop it from tearing your entire relationship apart?

The program unearths all of the questions that have been running in your head on an endless loop. It calms your worries and tells you step by step how to get him back in your life completely committed—down to exactly what to say. If you work this program, it’s guaranteed that he’ll be closer to you than ever before when you’re finished.

Try it, and see how it can help your relationship. Plus, don’t forget: Just because he can’t commit now, doesn’t mean that your relationship is over! You simply need to work it (use this guide, it will help!) and your dreams of a committed and loving relationship will become your reality.