Why Men Are Afraid of Commitment and Lose Attraction for Women 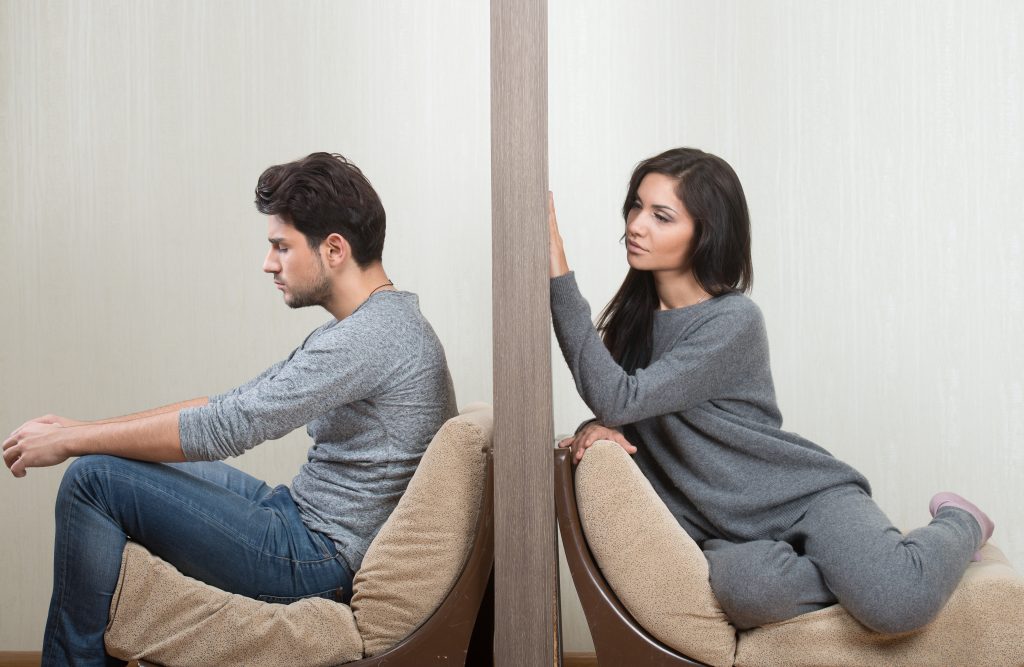 There is no shortage of opinions when it comes to one of the oldest enigmas in history. For centuries, women have pondered the question, “Why are men so afraid of commitment?” Another question that women, and relationship experts alike, have pondered is, “Why do men lose their attraction for women so suddenly?” The truth is that the answer is not that complicated. Basically, men approach life from a different mental perspective than women. The way that the brain operates and functions in men is distinctly different in women.

There have been studies as recently as 2013 that revealed what many have postulated for years — that there are significant differences between the male and female brain. Fundamentally, men and women’s brains are wired differently.

It is these distinctions in brain function that help to explain multitudinous differences in the behavior and performances of men and women. For instance, men are better at learning and performing singular tasks, while women are inherently better at multitasking.

The Impact of Diametric Brain Functionality

In addition to impacting how men and women learn, the differences in brain function also influence how both interact socially, behave emotionally and deal with relationships. In fact, one of the primary causes of intramarital conflict is the fact that both spouses generally view life through two distinct lenses.

A study conducted over a decade ago, surveyed 4,000 men. The men were asked one question: Would you rather be in a situation in which you knew that you were loved, but constantly felt disrespected, or be isolated on an island by yourself? Over 78 percent of the men chose isolation over being loved and disrespected.

The manner in which a woman’s brain functions better equips her to engage social thinking and social interactions than the average man. Men can actually be socially awkward at times, while being more task-oriented and abstract. This explains why women are normally better at communicating, while men would rather rely on themselves to get a task done.

Because women will generally have a larger limbic system than men, they will tend to be more in tune and expressive when it comes to their emotions. Women will be more comprehensive in the assessment of a particular situation, where men will remain more focused and eliminate any components they deem to be impertinent. Women view life through a lens that is more wholesome than men. Men are most comfortable along the lines of logic and precision.

The reason many men find commitment to be such a challenge is because emotion rarely plays a role in the decision-making process. Men are trained to engage their decisions from a place of logic. So, where a woman will follow her heart, a man will be counting the red flags — weighing the costs and benefits.

Something else that should not be overlooked is that men don’t deal with heartbreak as well as women. While it will normally take a man longer to fall for a woman, once he has, he is in deep. So, if things don’t work out, especially if deception on the woman’s part plays a role in the failure of the relationship, he will find it hard to trust again.

Men becoming disinterested in women in what seems to be a sudden manner is another concern that many women engage more than they would care to admit. What woman has not experienced a situation in which she met a guy and things were going extremely well, but all of a sudden, he started to become distant — known as the “fade-away,” or worse, the guy completely vanished — better known as ghosting?

The answer to this dilemma is much the same. Men and women think and behave differently in relationships. When a woman is dating a man, and she starts to lose interest, she can generally pinpoint what caused her to lose interest, allowing her to communicate this if necessary.

On the other hand, men may not be able to discern what it is that is pushing them away, so to avoid the awkward demand to explain, they simply back away without an explanation. What they are sensing most of the time is the woman’s natural desire to start living in the future of possibilities for the relationship, rather than simply enjoying the present. The pressure from this behavior can be intense — so strong that it could make a man uncomfortable enough to pull away.

It is important to understand the differences between men and women in order to effectively interact. In order to make a guy commit to you, you have to speak on a level that only men understand.

If you’ve ever had a man reject you, break your heart, and pull away, you have to watch this short video right now…. it will permanently change your life for the better:

You’ll learn the 5 brutal mistakes women make that make men leave… and you’ll learn a secret set of words that will send his pulse RACING with love and devotion for you (and only you).