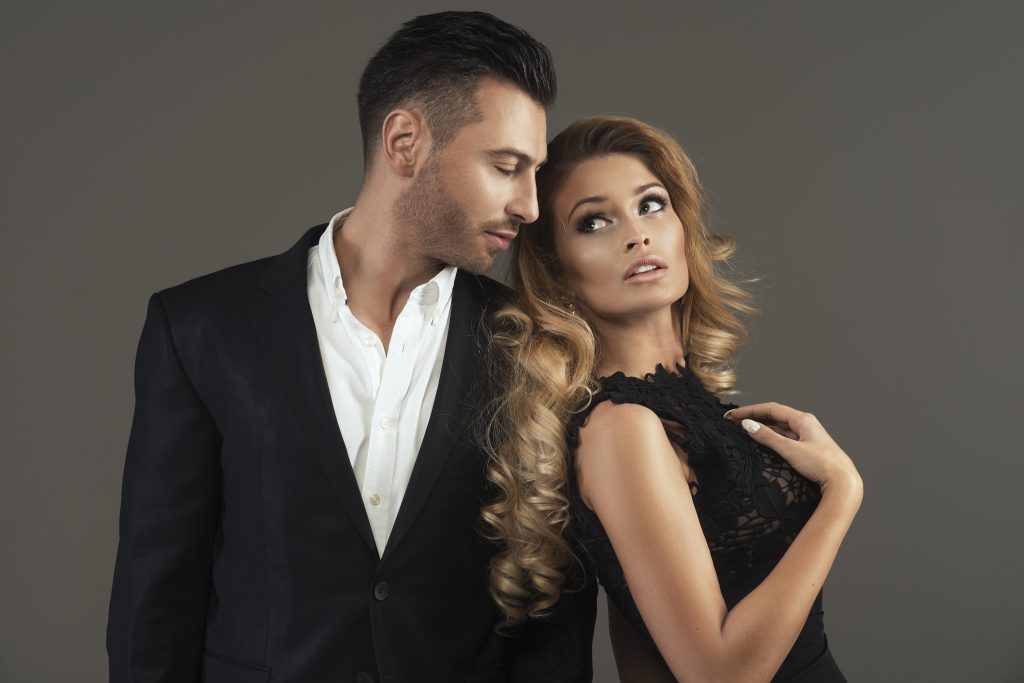 When it comes to men and dating, women often flat out ignore their instincts.

You’re thinking “Not me!” right? But think again. It happens so often, you probably don’t even notice you do it … yet you’re left flabbergasted when things end and blow up in your face.

It usually starts with starry eyes, butterflies and hot guys.

So you meet a man. He’s handsome, charming, and _____ … maybe even not much more than that. Yet you fill in the blanks. Your mind zooms through all his good points, his amazing points, and it coyly leaves out those little things that should be making your ears prick up with apprehension.

Then what do you think happens?

Nooo… he doesn’t change into anything. You realize he’s got some major flaws, but newsflash: He was that way all along. He already was a jerk. Or a liar. Or a cheater or a … You get the picture.

IF ONLY you would have seen the red flags to begin with instead of being so starry eyed that all you could see were his sweet, shining eyes and flattering pick-up lines … you might have seen the real him and known better.

But alas, Wanda the Owl from BoJack Horseman said it best when she said:

“You know, it’s funny; when you look at someone through rose-colored glasses, all the red flags just look like flags.”

In other words, you conveniently skip over the red flags. When you look back on a relationship like this—one that has blown up and left you to pick up the pieces—you might see all those missed red flags. But hindsight’s 20/20, right?

The time he said he was going to call and then didn’t. For four days.

The time he was a jerk to the waitress when you went on a date.

All those times he badmouthed his exes (How could they all be that “crazy”?). When he mentioned you might want to shave a little better “down there.” When you swear you saw him follow another girl’s butt out the door with his eyes.

But your mind … ah, honey, your mind.

She’s having a conversation of her own that she just doesn’t share with you because, well, she just wants the best for you!

She holds all those obvious red flags back from your consciousness and instead relays the messages:

“He paid for your drinks, didn’t he?”

“He’s been through hard times.”

“He said he was stuck in a late meeting and that’s why he didn’t call … poor guy!”

In life, your instincts are both your friends and your enemies. They’re your friends because they are the Truth Sayers. They alone dare to speak the truths that your delicate little heart doesn’t want to hear. They’re tough and strong and trustworthy.

But … they’re your enemies too because … well, the same thing: Your instincts speak the truth.

It’s like when your friend asks you if a dress looks good on her. She excitedly models it, twisting and turning, showing you all the angles. She obviously loves it herself and just wants a confirming opinion from you.

Yet it looks atrocious. It hugs her in the wrong places and is, ahem, way too short. Weird color too, what’s up with her taste these days anyway?

She’s your friend, and you want what’s best for her. You want her to look great, yet how can you tell her it looks horrible?

In this moment, you are in the same predicament as your instincts.

And you know what you have to do: Tell her it just doesn’t look great on her. Help her find something better.

You have to help your own instincts do the same thing for yourself.

Come on, we all know when the red flags are there. We can take those rose colored glasses off when we want to. We’re big girls.

When we do, however, we’ll see that no man is perfect.

In fact, there’s your first clue to pop those glasses off. When you’re reaaaalllyyyy excited by a new guy and suuuuper head over heals … take the rose colored glasses off, and sit down with your instincts over a cup of tea.

Seriously, it blows: As soon as you get super excited about a guy, we’re saying you should start getting analytical and basically pick apart whether this relationship is real … and whether he’s being real with you … and … all the boring stuff basically.

Talk about a buzz kill.

But them’s the rules of using your instincts to make quality romantic choices in life.

We all know the woman on Facebook who pretty much daily posts eighteen hundred pictures of her “New Boo!”, her darling sweetie pie, her knight in shining armor.

“Love bunnies on the go!”

Then one day, it’s like a dark cloud rolls over her page.

All the pictures are gone.

She starts posting weird quotes that say things like, “Never trust.” And “You were my everything, and now you’re my nothing.”

Heck, we may have been that girl at one point or another.

But, seriously, what happened?! How can someone flip flop like that?

Well. Sadly, you know that there were red flags before that dark cloud rolled over, but this girl just didn’t want to see them. Her instincts were probably the only ones that knew, but she buried them deep down.

Do yourself a favor and trust your instincts. In almost every situation, they are your best friend, and your closest ally. They want to look out for you, so let them. They might even be able to help you find an *almost* perfect guy.